BASL to take police to Courts on student arrests 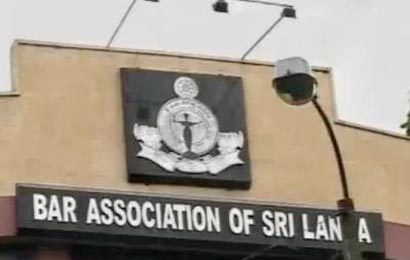 The Bar Association of Sri Lanka (BASL) has decided to take legal action against the Police Department over the arrests of university students who were engaging in protests.

The BASL claimed, the arrests amount to contempt of Court, as it is the legal right of the students to engage in protests.

The BASL charged Senior DIG (West)… …Anura Senanayake and his subordinates have violated the country’s Constitution by making such arrests. BASL President, Upul Jayasuriya, speaking to Ceylon Today, said the police action ultra vires the law of the land.

Home » BASL to take police to Courts on student arrests