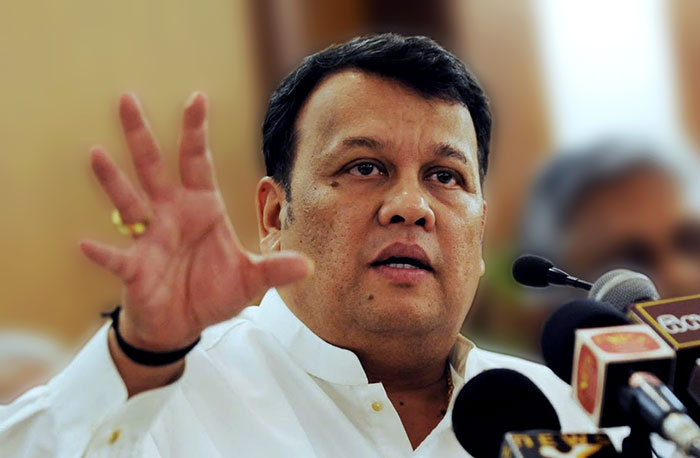 Sri Lanka should be watchful of the UNHRC resolution that would be presented on March 21, 2019, as it is connected to the adverse resolutions which were adopted in the past, MP Mahinda Samarasinghe told Parliament today.

“The resolution which will be presented to UNHRC on March 21, 2019 does not comprise much adverse factors, but we have to be watchful as it had connected itself with few resolutions which were more adverse,” MP Samarasinghe said.

The MP said Sri Lanka should also focus on the main nations which sponsor the resolution. “The main sponsors of the UNHRC resolution are UK, Germany and Canada. There is a high population of Tamil diaspora members in these countries. These diaspora members are actually citizens of those countries. They are a strong lobby groups who could create some impact on the government of these respective countries. We have to keep this fact in mind as well,” the Minister added.

Responding to a question raised by Leader of the House Lakshman Kiriella and TNA MP M. A. Sumanthiran as to who would represent President Maithripala Sirisena and how could Parliament approve funds for opposition members to represent the country at UNHRC, Mr. Samarasinghe said the delegation will be led by Minister of Foreign Affairs Tilak Marapana. He said he would not represent Sri Lanka as he had done it for nearly 10 years.“ I have proposed that only one delegation should represent Sri Lanka in order to safeguard the country’s reputation. He, therefore said Sri Lankan delegation will be led by the Minister of Foreign Affairs,” Mr. Samarasinghe said.

“We will talk to Prime Minister Ranil Wickremesinghe as well and prepare Sri Lanka’s official statement on the resolution. This statement will be made by Minister Marapana and no one else. Everything will be done collectively,” he added.

Mr. Samarasinghe said Sri Lanka will not withdraw from the co-sponsorship of the resolution but will oppose any adverse factors.

Also the Minister said the mistake that Sri Lanka had made in the past was being forgetful in implementing what it had promised to do so. “We managed to avoid a serious situation in 2009 at the UNHRC sessions but we failed to take any action to implement what we had promised. This situation continues every year, as we forget that have to face the UNHRC again. It is time Sri Lanka puts a stop to this situation,” the Minister expressed.

Mr. Kiriella when responding said the President should focus on who represents Sri Lanka at the UNHRC sessions as most of its members are fully aware of those who have been representing in the past. Mr Samarasinghe said Mr. Kiriella should not drop ‘cow dung into the pot of milk’.