Black Caps through to final 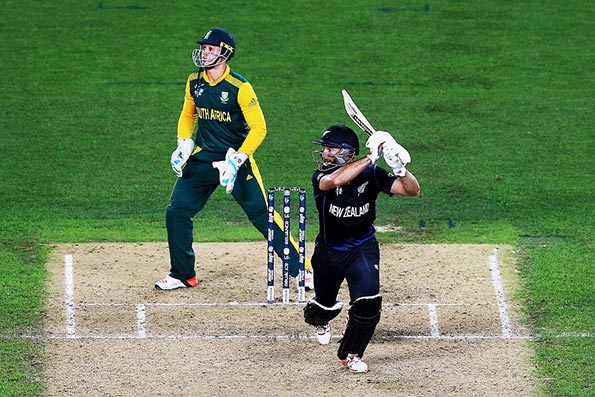 Set 298 to win the Black Caps reached their target with 1 ball to spare, with Grant Elliott hitting a six to win off the pen-ultimate ball.

Batting first South Africa made 281 for five in 43 overs after their innings was curtailed by rain.

The Black Caps were set a revised target of 298 to win in 43 overs, under the Duckworth Lewis method.

Skipper Brendon McCullum bludgeoned 59 off 26 balls as the Black Caps reached 71 for one in six overs.

The momentum slowed after his departure as the Black Caps fell to 149 for four.

But Corey Anderson and Grant Elliott combined for a 103 run fifth wicket stand to bring within touching distance of a win before Anderson went for 59, leaving the Black Caps 252 for five and needing 46 runs off five overs.

1 Response to Black Caps through to final

Home » Black Caps through to final