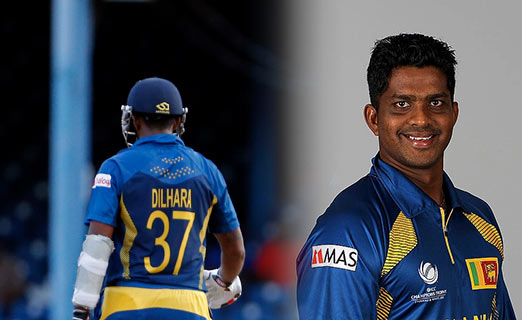 Dilhara Lokuhettige announced his retirement from Test and ODI cricket at a press conference held at the Moors Sports Club in Braybrooke Place yesterday.

Lokuhettige is one of the first Sri Lankan cricketers to be labelled a Twenty20 specialist. His reputation as a dangerous Twenty20 player had been built on his powerful batting – as a pinch-hitter or lower order batsman – coupled with his bustling seam bowling.

Although he announced his retirement from two formats he would continue to play T20 cricket and he also made the following comments:

“Angelo Mathews purposely rejected and did not include me in the Sri Lanka Team during the past years. I don’t have any personnel issues with the present captain Mathews but personally I think maybe because I was an all-rounder that he did not include me in any series. I was selected to the pool for the Champions Trophy in 2013 but I was not included in the final 15. The last time they included me was after Chamara Welagedara was injured. I toured England but only played a practice game. I scored 42 runs off 28 balls.

“After that I was included for the West Indies tour after they dropped Thisara Perera and then Sanath Jayasuriya was the Chairman of Selectors and said that they selected me to play in all matches of the series. But I didn’t play and the one match I played was because Nuwan Kulasekara was injured. Suranga Lakmal was called for the final in that series. I asked the reason from the Selection Committee Member Pramodaya Wickramasinghe and he said that Captain Mathews said that he will play as an all-rounder and needed another batsman.

“When Mathews played, all-rounders like Perera, Farveez Maharoof and Dasun Shanaka played but I was not included when I was selected for the National Pool. All the all-rounders played more than 100 matches but I played only nine games. If I played more I could have served the country much more,” he added.

1 Response to Blames Mathews for axing