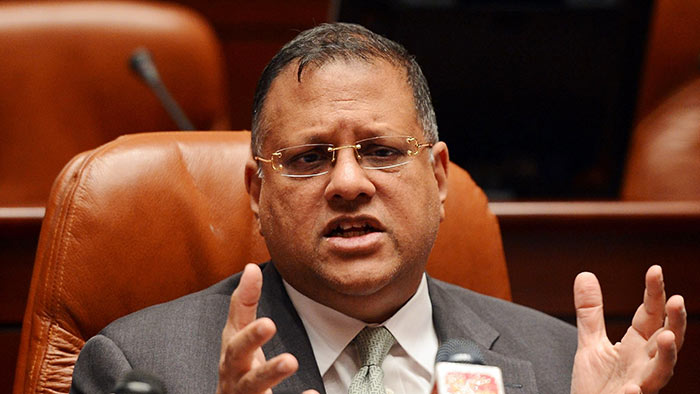 Former Governor of the Central Bank of Sri Lanka Arjun Mahendran and nine other people who were accused in the first Bond Scam case of 2015 were released from the charges filed under the Public Property Act today (October 11).

The Permanent High Court at Bar stated that the charges cannot be continued under the Public Properties Act.

The verdict with a 2/3 majority in the court was issued by judges Sanjeewa Morais, Damith Thotawatte and Namal Ballale.

Court also accepted a preliminary objection by the defence that charges filed against Perpetual Treasuries Ltd. under the Public Properties Act, alleging breach of trust in relation to bonds amounting to Rs.688 million during the bond auction conducted by the Central Bank of Sri Lanka in 2015, cannot be charged as Perpetual Treasuries Limited is a company and not a person.

After the court accepted the objection, the defence counsel also argued that as a majority of the other accused at Directors of Perpetual Treasuries Limited, it applies to them as well, and therefore the charges under the Public Property Act filed against them cannot be taken forward.

Thereby, the Justice of the Permanent High Court Trial-at-Bar ordered for all other charges to be taken up for a trial, leaving the charges filed under the Public Property Act, on the 16th of December 2022.

The case was filed against the 10 accused under 23 counts for committing the Bond Scam on the 27th of February 2015, and causing a loss of Rs. 688 Million to the government.