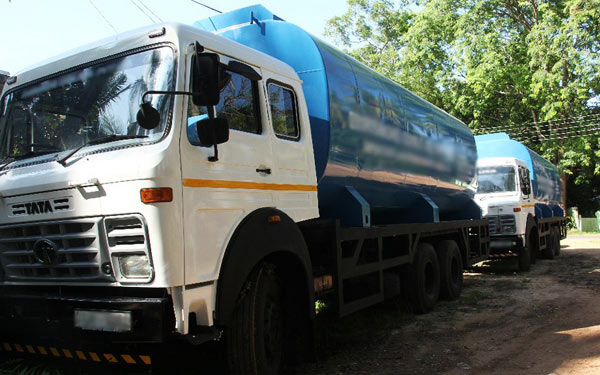 The tests conducted on the samples obtained from two bowsers containing coconut oil, which were recently seized from Dankotuwa area by the Police, had indicated the presence of Aflatoxin, Sri Lanka Customs Media Spokesman Deputy Director of Customs Sudattha Silva said.

The two trucks were seized by the Dankotuwa Police on 30 March on suspicion of containing carcinogens substances.

A total of 27,500 litres of coconut oil had been seized from the two trucks which were parked at a mill in the Dankotuwa area.

The samples from the seized coconut oil stock had been sent to the Government Analyst (GA) for testing.

Besides the GA, the samples were also sent to the Food Controlling Unit, affiliated to the Ministry of Health and Silva added that after receiving its report, further action would be contemplated against the offenders.