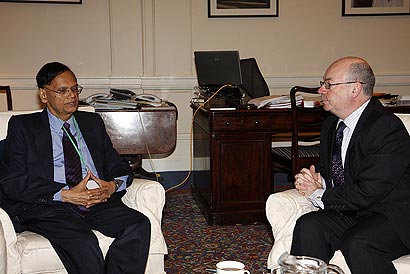 British Foreign and Commonwealth Office Minister Alistair Burt has expressed his support on the flooding in Sri Lanka in a message issued on the 14 January. Minister Burt further extended his sympathy to all those who have suffered as a result of the rains. Minister made these comments in a message which he has sent to Sri Lankan Foreign Minister Professor G.L Peiris.

In his report Foreign Office Minister said, “On behalf of the British Government, I would like to extend my sympathy to all those who have suffered as a result of the rains in Sri Lanka. I have sent a message to the Sri Lankan Foreign Minister Professor G.L Peiris and expressed my support for the work of the Government of Sri Lanka in addressing the serious challenge it faces in dealing with the consequences of the floods”