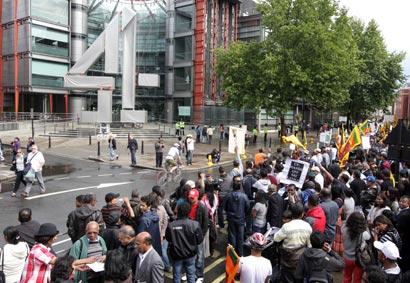 Over 2000 British Sri Lankans of different ethnicities and political hues met in London in Sunday evening to stage a massive demonstration against the Channel 4 TV, which at present is going around the world with a “documentary”, named “Sri Lanka’s Killing Fields”.

The protesters condemned the controversial documentary as malicious and accused the Channel 4 TV of inciting racial hatred between Sri Lankan communities in the UK, including the younger generations, and thereby playing into the hands of separatist forces operational outside Sri Lanka. They shouted slogans charging that the Channel 4 TV is engaged in a well-orchestrated campaign to vilify Sri Lanka. Many participants had their own stories of the damage caused to the image of the country by this Channel 4 documentary, and how it has affected their friendships with members of other communities. They expressed outrage that the film lacked any sense of balance or objectivity.

The protesters also questioned the integrity of some Channel 4 journalists whose personal grudges against Sri Lanka are on record, and urged the British law enforcement authorities to keep an eye on the money flows behind such large-scale media operations, particularly at a time when the British media is shaken by despicable incidents of unethical journalism.

Waving Sri Lankan and British flags the protesters displayed many banners urging the Channel 4 TV not to abuse media freedom in Britain in such a biased manner. They denounced the Channel 4 TV’s style of journalism – collating video and still frames posted in pro-LTTE websites to form “a documentary” and presenting them to a largely an unsuspecting audience using a female LTTE activist to narrate, with no evidence in support of her own emotion-stirring claims. The protesters questioned the Channel 4 TV as to why it did not see the fact that the very army it accuses of killing civilians has sacrificed the lives of its own members to save about 300, 000 civilians trapped by the LTTE terrorists. They accused the Channel 4 TV of acting according to a script to fit a pre-meditated agenda citing Channel 4 TV has disregarded even the fact that the army did not kill but captured more than 11, 000 LTTE cadres alive.

The demonstration was held in front of the Channel 4 TV station in London, and leaflets were distributed to many by-passers. In s solid show of unity the protesters weathered intermittent but heavy rains for full four hours. – Sri Lankans in the UK 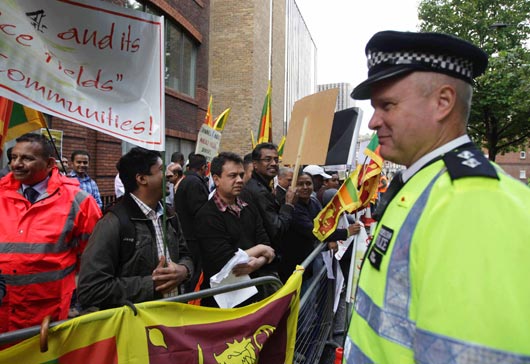 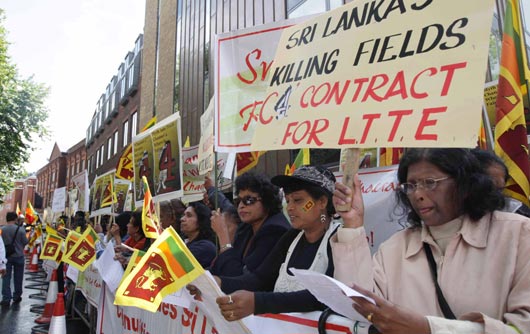 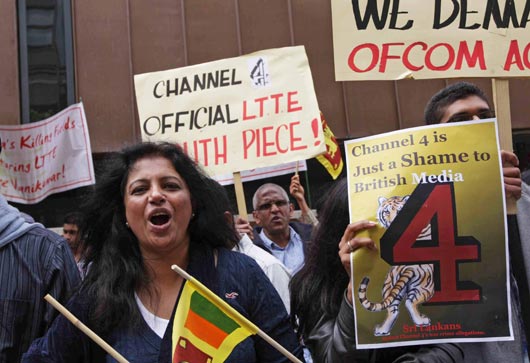 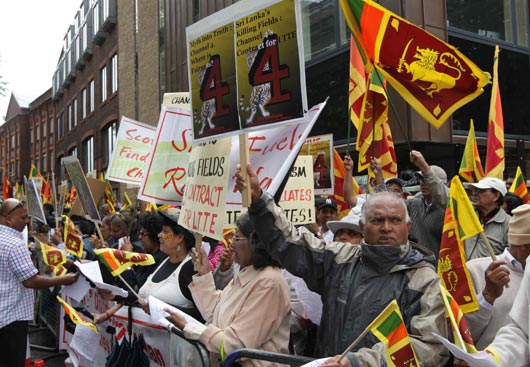 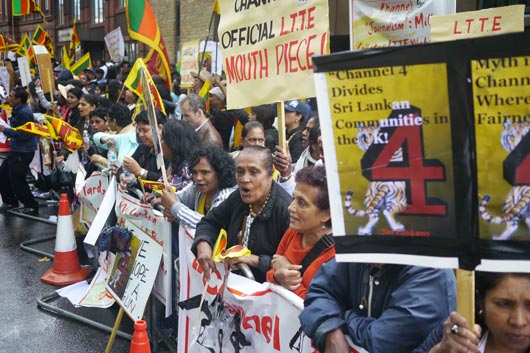 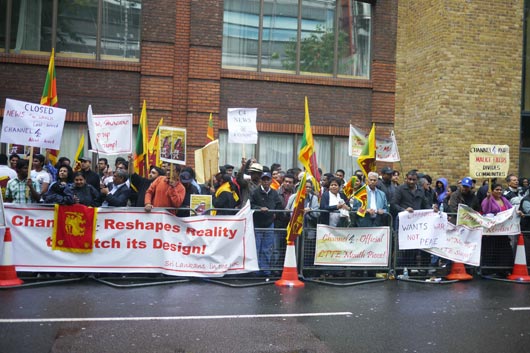