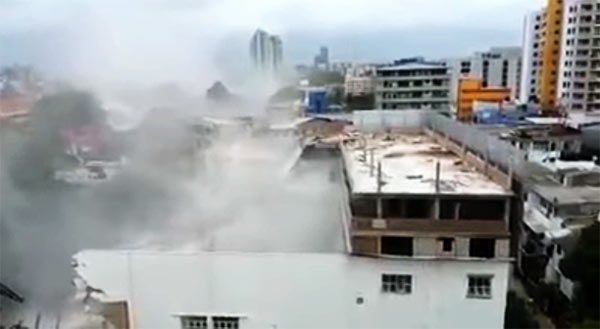 The search operation for the victims of the building collapse in Wellawatta is still ongoing, Police say.

The armed forces, Police and public are all working in cooperation to rescue the victims, reports reveal.

Investigations have reportedly been opened regarding the accident.

Meanwhile, one of the rescued victims died after being admitted to the National Hospital in Colombo.

2 Responses to Building collapse in Wellawatta: search operations in progress