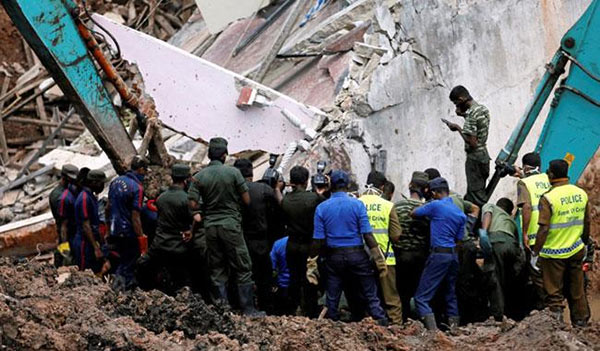 Sri Lanka said on Friday it will demolish an estimated 10,000 illegally built homes and offices in Colombo, a day after a seven-storey wedding hall collapsed, killing one and wounding 23.

Urban Development Minister Champika Ranawaka said the casualties could have been much higher if the hall had been hosting a wedding at the time of its collapse, and that the owners would face criminal charges.

“This wedding hall is a clear example of the dangers posed by unauthorised construction in Colombo,” the minister told reporters in Colombo.

“A structural failure led to the collapse.”

The capital has a population of over 750,000 people, while another half a million travel to it daily for work.

“Our estimate is that there are at least 10,000 illegally built homes, apartments and offices in the city of Colombo,” the minister said. “We will take immediate steps to remove them.”

Construction accidents are rare in Sri Lanka, but concerns have been raised about building standards during a construction boom in the aftermath of the island’s 37-year-long civil war that ended in 2009.

6 Responses to Sri Lanka to demolish 10,000 buildings after collapse