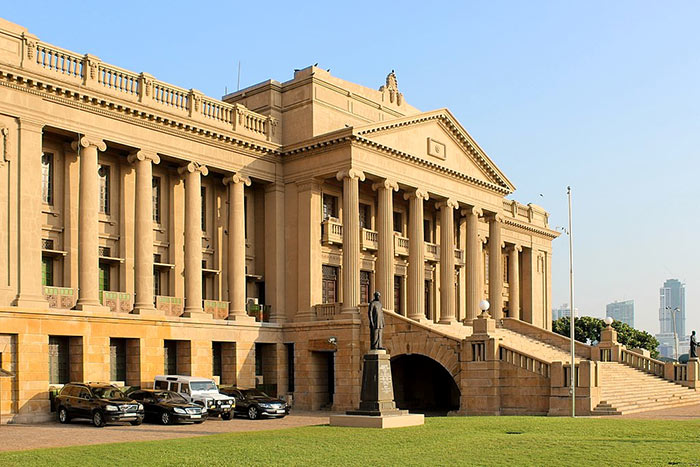 The new Cabinet of Ministers was sworn in before President Maithripala Sirisena at the Presidential Secretariat in Colombo today (1).

This is the fourth Cabinet reshuffle of the National Government.

Several ministerial portfolios have changed hands while some ministers have retained their previous portfolios.

Former Justice Minister Wijeyadasa Rajapakshe was appointed as the Minister of Higher Education and Cultural Affairs by the President.

Ranjith Maddumabandara – Minister of Public Administration and Management,  Minister of Law and Order

S. B Navinna – Minister of Internal Affairs and Wayamba Development

2 Responses to New Cabinet sworn in