The US National Security Agency is tasked prevent terrorism but why would Obama administration need to use Google, Microsoft, Facebook, Yahoo, Apple, YouTube and other web-based services gaining access to over 59,000 user accounts, monitoring phone calls, bugging buildings even watching people type on their pcs? Moreover, since when did the US administration start thinking that their allies were ‘terrorists’ so much so to spy on world leaders? If countries have thought themselves as America’s ‘strategic partners’ all this while they need to wake up to the fact that the FIVE EYES Group are the only true allies and they comprise US, UK, Canada, Australia and New Zealand and these 5 share intelligence. The disclosures ‘are unacceptable and deserve our strongest condemnation. This is not the type of behavior that we expect from strategic partners, let alone from our own member states’ is what the EU declared. That’s just it – the Five Eyes are the only real strategic partners, the others are just to be used and deposed. The world must thank Edward Snowden. If not for him US/UK would have continued to spy on all.

UK (GCHQ – Government Communications Headquarters) which is linked to USA’s NSA tapping went on to endorse an EU statement condemning NSA spying after the Merkel affair when Cameron would have known that Merkel was being tapped!

Americans are not excluded either.

Senator Dianne Feinstein Chairman of the Senate Intelligence Committee accused the CIA of secretly removing classified documents from her staff’s computers in the middle of an oversight investigation raising a very alarming question as to how far American leaders are going to allow this abuse of power and gross violation of privacy, confidentiality and common decency in diplomatic relations to continue. http://edition.cnn.com/2014/03/11/politics/senate-cia/

The next question is where has the UNHRC head the champion of Human Rights been all this while when gross violations of privacy and human rights violations has been occurring?

The UN Committee is to review reports on the implementation of the provisions of ICCPR (International Covenant on Civil and Political Rights). While the US has ratified the ICCPR in 1992 and as such US mass surveillance practices and its compliance has to be scrutinized under Article 17 on the right to privacy.

If Navi Pillay has said that the topic of privacy and surveillance is a priority the onus is on her to ensure that right to privacy is not invaded by the US as is currently happening.

Navi Pillay cannot ignore that the US and UK spying programs have seriously violated rights of people in America, people overseas, heads of international organizations and leaders of sovereign nations.

When US has blatantly violated ICCPR obligations why is Navi Pillay silent?

Why has she as head of UNHRC not looked at the 13 International Principles for the Application of Human Rights to Communications Surveillance (Necessary and Proportionate Principles) supported by 400 organizations and 300,000 individuals as guide to understand State Party’s compliance with Article 17?

US has a way of wriggling out of situations by making its own definitions of internationally held rulings but the UNHRC and its head should on behalf of all those victims challenge the US otherwise the entire UNHRC and its Head and the supposed mandate they claim to uphold becomes simply a joke and at this stage no one is interesting in laughing.

When William Binney another whistleblower says America is now inches away from becoming “a turn-key totalitarian state.” is he far from the truth?

The moral of this incident on spying which must be continuing despite assurances is how far can ‘strategic allies’ really trust America or even the UK? If not for Snowden’s exposure the world’s leaders like Merkel and many others would be thinking that they have a great relationship when all the while the decisions that the US has been taking has been after eavesdropping on leaders. This action is ungentlemanly of any party and does not constitute fairplay.

The list above is ONLY confined to people that the US have showered praise upon in the public arena and yet orders had been to given for NSA agents to even bug their buildings. So what goodwill and good governance is America promoting? As for UK much of what the US has mastered has come from UK’s training as it is the UK that set up the CIA.

Germany, EU, India may like to hob nob with US and proudly claim to be America’s strategic ally, yet when that ally has been for decades spying on them does that not put these allies in the same group as America’s enemies specially when NSA was created to hound ‘terrorists’? If US spends millions to spy on its enemies and ‘terrorists’ and to this list includes world leaders and key US allies that shows US has no respect for them. 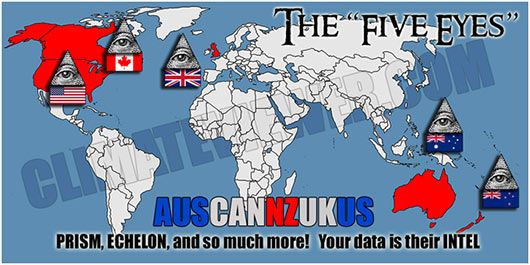 US allies should wake up and realize that the FIVE EYES GROUP remain the real allies and in the Asian continent to balance issues Australia, India and Japan are used. However given that Australia belongs to the Five Eyes Group, India and Japan must seriously wonder what they are getting out of betraying their own continent just to rub shoulders with the white man?