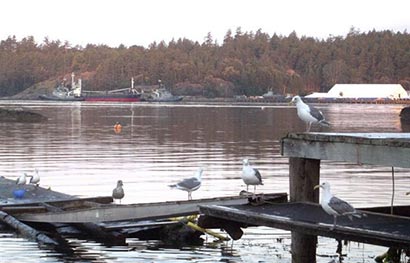 Canadian prosecutors announced they were forgoing a preliminary hearing and proceeding to trial for six men charged with smuggling hundreds of Tamils aboard a rickety ship into Canada.

No reason was given for the expedited process, but the case is politically charged and prosecutors may opt to go directly to trial if they deem the rush to be in the public interest.

Direct indictments were filed against two Canadians and four Sri Lankans, who stand accused of bringing 492 Tamil asylum seekers aboard the rickety cargo ship MV Sun Sea to Canada in August 2010, according to local media.

The daily National Post said four of the six are in Canadian custody, including one suspect who was arrested in Toronto on Monday.

A fifth was arrested in France and is facing deportation to Canada to stand trial for organizing the voyage across the Pacific Ocean, while the sixth remains in Sri Lanka.

All face up to life imprisonment and CAN$1 million (US$975,000) in fines if convicted of organizing illegal entry into Canada for the asylum seekers.

The MV Sun Sea’s arrival on Canada’s Pacific Coast provoked a public outcry in 2010 that resulted earlier this month in new legislation aimed at cracking down on human smuggling.

Canada and Sri Lanka had said the migrants may have included members of the Tamil Tigers, outlawed in Canada as a terror group before their defeat in 2009 after a lengthy civil war.

Most of the migrants’ refugee claims are still being considered and they remain in Canada. At last count, six had been accepted as refugees, six had their claims rejected while 23 had withdrawn applications.