Canada, where are the 50,000 missing children from 80 Indian residential schools?

Why has media conveniently omitted mentioning a news item that deserves world attention? Why has media not thought it fit to report the 31 child mass grave sites found inside the Canadian Indian Residential School grounds and why is Canada silent on what happened to the 50,000 missing children from schools run by the United Church of Canada? Why has the media not condemned the action and demanded why the Canadian Judicial System refused to give the native Indians court time? Why has the media not highlighted this important aspect in the light of Canada promoting itself as a beacon of human rights values? Why did the international papers chose to omit from breaking news the declaration by the Brussels international court that Queen Elizabeth, Prince Philip, Catholic Pope Joseph Ratziner and 37 other elites were guilty of crimes against humanity? 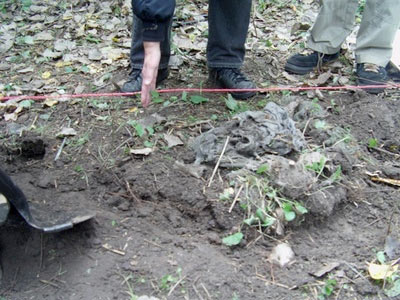 Why have no human rights champions the angels fighting for people’s rights questioned what happened to 10 indigent children of the Canadian Kamloops Indian Residential School who went on a picnic on 10th Oct 1964 with Queen Elizabeth and Prince Philip and did not return.

These 10 join a list of 50,000 other missing children from 80 Indian residential schools that had been run by the Canadian Government and the United Church of Canada.

Known as the ‘Canadian Holocaust’ Canada cannot escape or hide from questions that surround the whereabouts of 150,000 Native Canadian children who had been forcibly removed from their homes and kept in church-administered residential schools between 1864 and 1984.

In 1907, the Medical Inspector for the Department of Indian Affairs reported that the residential school students were deliberately infected with tuberculosis. Mortality rate went from 40% in 1907 to 75% by 1919. Those that survived had to endure physical abuse, sexual abuse and forced sterilization. Some children became guinea pigs for CIA tests into mind control (refer Project MK-ULTRA). So Stephen Harper is no custodian of human rights when he conveniently defers taking action on these missing children and the inhuman abuse and human rights they suffered. It is absurd for Stephen Harper to claim to withdraw funding for the Commonwealth when he has skeletons in his backyard – at the Canadian Mohawk Residential School where 31 mass grave sites were uncovered by a team of archeologists of 50,000 missing children. A member of the Anglican Church office in Toronto claims that efforts to expose the child mass grave sites of the 50,000 missing children were blocked by ‘orders from London’ and representatives of the Queen in Ontario. http://itccs.org/tag/rev-kevin-annett/page/7/ Why has this not received mainstream media attention?

Serving arrest warrants to the Queen of England

On February 25th, 2013 arrest warrants were served. Catholic Pope Joseph Ratzinger immediately resigned from office. David Compan served Queen Elizabeth and Prince Phillip’s arrest warrants and he was arrested and drugged. He can be lucky he is alive. The 2 who had witnessed the 10 children leave with Queen Elizabeth and Prince Philip are said to have died mysteriously. Harry Wilson died of brain injury in 2012 just before giving evidence against the Queen while the other is said to have committed suicide.

Why has the media not reported the human rights violation to David Compan when he was arrested twice without charges and drugged along with his wife and put into prison for a month at the London Park Royal Mental Health Centre? Why has Navi Pillay the UN Human Rights head not issued a single statement on this travesty of justice?

His crime? He doesn’t know as this video of his arrest verified: www.itccs.org

When the Canadian judicial system refused native Indians court time, Kevin Annett of the International Tribunal into Church and State took the case to a Brussels court.

On Easter, April 20, 2014, ceremonies in Rome, London, Maastricht and at the key energy centers of the earth proclaimed and invoked the spiritual disestablishment of the church of Rome and the entity governing it. The Maastricht Proclamation was made by Rev. Kevin Annett at the oldest catholic church outside of Italy. The binding De Jure Annulment and Emancipation Order by The International Common Law Court of Justice and The Covenant of Free Congregational Christians can be read on http://iclcj.com/?tag=itccs

The International Tribunal into the crimes of the Church and State was established on 15 June 2010 (refer www.itccs.org). Counties affiliated to the Tribunal include USA, South Africa, Spain, Portugal, England, Ireland and 26 other nations. http://itccs.org/countries-affiliated-with-the-international-tribunal/

The ITCCS was formed with two common objectives : uniting all those  harmed by church and state, and to stop the crimes of these institutions, especially those inflicted on children, human liberties, and planet Earth.

Office of the Chief Prosecutor (OCP) evidence include:

The defendants had neither responded nor refuted the evidence.

All of the defendants were found guilty of criminal conspiracy and Genocide, and were sentenced in absentia to 25 years in prison and the forfeit of all the wealth and property of their estates and institutions. Citizen arrest warrants were issued.

On August 4, 2013, the Vatican and Crown of England were declared to be transnational criminal bodies under international law, and were lawfully disestablished.

ITCCS plans to convene more common law courts. Already child abuse victims from 21 countries have been included. Two witnesses have named former Catholic Pope Ratzinger as present when children were murdered in Satanic rites. The present Catholic Pope Francis Bergoglio has been accused by victims of Argentine’s ‘Dirty War’ for involvement in child sex abuse ring at the Vatican.

A Vatican cover-up of an estimated 9million victims of Catholic priest sex abuse demands global action and seeks to question why human rights charlatans are silent.

Whatever arguments are brought to showcase the validity of the judgments the facts and evidence placed before the public must merit global attention. In particular the discovery of 31 mass grave sites and the missing 50,000 children and the fact that they had been mentally and physically abused by the Church with the knowledge of the Canadian and British Governments and intelligence agencies of Canada, UK and even the US who had used the children as guineapigs for mind control experiments.

Therefore, we need to take these violations as basis to question Canada, Britain and the Church for they have a knack of pointing fingers accusing nations of human rights violations when their crimes appear to be hidden from the global public. It is long overdue for Canada and in particular Stephen Harper to come clean on what he proposes to do about the 31mass graves and the 50,000 missing children.

2 Responses to Canada, where are the 50,000 missing children from 80 Indian residential schools?

Home » Canada, where are the 50,000 missing children from 80 Indian residential schools?