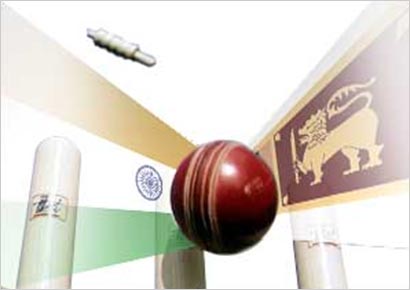 The Madras High Court on Monday ordered notice to the Centre and the BCCI on a PIL seeking direction to cancel all future matches between India and Sri Lanka, until disputes between Tamils and Sinhalese are settled and peace prevails in the Bay of Bengal.

A division bench comprising justices R Banumathi and B Rajandran also asked them to file their reply to the PIL on April 16.

In his PIL, advocate S Calvin Christopher also sought a direction to BCCI not to sign any contract for international matches between India and Sri Lanka.

The petitioner alleged that whenever the Lankan cricket team was defeated by India, whether it was in the World Cup in April last year or later, there was backlash from that country’s naval men on innocent fishermen from Tamil Nadu.

Similarly, after India defeated Sri Lanka in the recent triangular cricket series in Australia, Indian fishing boats were destroyed and fishermen were attacked, he claimed.

While the state government granted Rs 3 crore to the victorious Indian Team on April 4, 2011, the families of Tamil fishermen had received Rs 3 lakh or below for each death, he said.

“The life of a Tamil fishermen seemed to be cheaper in the eyes of the Tamil Nadu government,” he said.

Taking into consideration the safety of the Indian fishermen, the court should stay future matches between India and Sri Lanka, until peace prevails in entire Bay of Bengal, the petitioner said. (PTI)