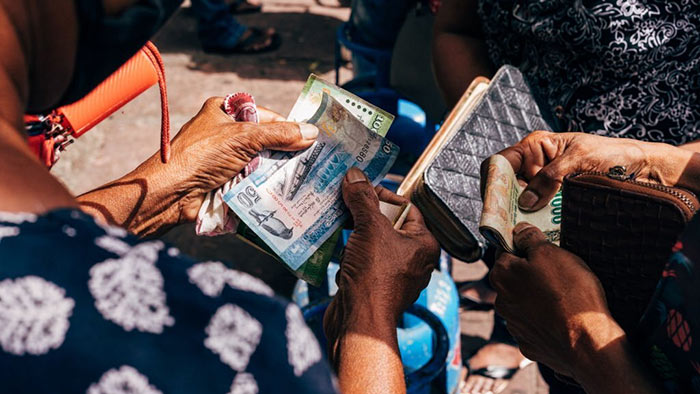 Sri Lanka’s recovery from last year’s devastating economic crisis will need its creditors to “share the burden” of debt restructuring, leading global economists have said, calling all lenders to cancel the debt of the cash-strapped island nation.

In a statement issued on Sunday, eminent economists and scholars world over observed that amid Sri Lanka’s crucial debt negotiations, “all lenders – bilateral, multilateral, and private – must share the burden of restructuring, with assurance of additional financing in the near term.”

However, Sri Lanka own cannot ensure this on its own, they noted. “It requires much greater international support. Instead of geopolitical manoeuvring, all of Sri Lanka’s creditors must ensure debt cancellation sufficient to provide a way out of the current crisis,” the statement said.

Their call comes months after Sri Lanka embarked on debt restructuring talks with its diverse group of creditors, including China, Japan and India, its three major bilateral lenders. Their financing assurances are crucial to Sri Lanka obtaining a $2.9 billion package from the IMF.

As the import-reliant island nation’s Balance of Payments crisis spiralled and led to a painful economic crash last year, the government opted for a preemptive default on its $51 billion foreign debt in April 2022.

The senior academics held Sri Lanka’s private creditors responsible for the country’s first ever default, arguing: “Such lenders charged a premium to lend to Sri Lanka to cover their risks, which accrued them massive profits” and contributed to the default. Private creditors own nearly 40% of Sri Lanka’s external debt stock mostly in the form of International Sovereign Bonds (ISBs), but higher interest rates mean that they receive over 50% of external debt payments, they pointed out.

The default move came while crippling shortages sparked mass street protests across the island. The agitations spanned months and ousted former President Gotabaya Rajapaksa in July 2022. President Ranil Wickremesinghe was elected in his place, through a Parliament vote. In September 2022, Sri Lanka reached a staff level agreement with the IMF for a provisional bailout package, that the Fund made contingent on adequate financing assurances from Sri Lanka’s creditors. His government has pinned its hopes on IMF support, mainly to qualify for more credit that it deems necessary for reviving its battered economy.

However, Sri Lanka missed the December deadline to obtain the IMF Board’s approval, and is still in talks with creditors to obtain assurances. Governor of the Central Bank of Sri Lanka Nandalal Weerasinghe told The Hindu in December 2022, that Colombo had provided “all information possible” to its bilateral creditors” and was awaiting assurances from India and China.