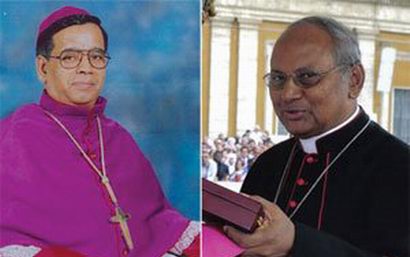 The communiqué states that the Catholic Bishops Conference is attentive on the situation with the General’s imprisonment. It has appealed to the President to pay his special attention and release the former Army Commander considering the suffering endured at the risk of his life and the valuable service rendered by him.