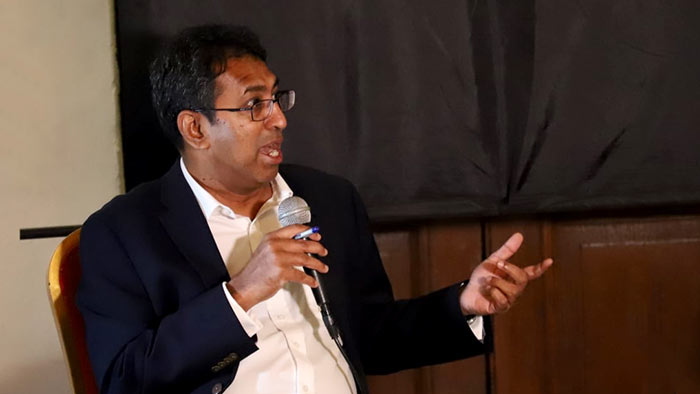 As calls are growing for the independence of Sri Lanka’s Central Bank, which was also clearly laid out in the staff-level agreement with the International Monetary Fund (IMF), there are growing concerns among certain sections whether total independence would mean lack of accountability for the actions the monetary authority takes to maintain price stability.

The Opposition lawmaker and economist, Dr. Harsha de Silva last week pushed back against such concerns and said the Central Bank’s independence doesn’t mean that the officials aren’t answerable to the public for the actions they take.

In many countries where central bank independence is practised rigorously, the members of the Central Bank Board of Governors are nominated by the executive branch and they are confirmed by parliamentary or congressional committees while the Chairman of the Board of Governors is questioned by those legislative committees from time to time.

For instance, the Chairman of the Federal Reserve in the United States and the Governors of the central banks of the United Kingdom and Europe—the three most prominent central banks in the world—have been brought before their respective legislative committees from time to time over the last many months to answer why they could not meet their 2 percent inflation target.   In the US, consumers rose to a four-decade high of 8.5 per cent in July, 10.1 per cent in the UK and 8.9 per cent in the eurozone due to a surge in demand, supply chain bottlenecks and the Russia-Ukraine war.

“There are many models. I think in countries like New Zealand, it is in the constitution that if the inflation target is not met, the Governor has to find a new job. So, there are some very strict targets put in, in some countries. But in other countries they are not as tough as others”, Dr. de Silva told a virtual forum last week organised by the Certified Management Accountants (CMA) of Sri Lanka.

The fiscal policy dominance over the monetary policy has been a conspicuous feature in Sri Lanka, which gravely undermined the Central Bank’s independence. This is also blamed for the current and past Balance of Payment troubles which caused the country to seek IMF bailouts 17 times including the latest one.

“The Central Bank independence could mean different things to different people. But what it means to us is to take it off from the grips of the Treasury. What we want to do is to remove the fiscal dominance of monetary policy”, Dr. de Silva remarked.

Explaining himself further Dr.de Silva said what he is looking at is disallowing the Central Bank from purchasing Treasury bills and bonds in the primary market, although it could trade in the secondary market.   While the draft of the new Monetary Law Act (MLA) is now available, there have also been discussions held to the effect of whether there must be a change in the structure of the Monetary Board and if the Secretary to the Treasury must be a member of it. Further, the Central Bank accountability also comes from whether it meets the objectives clearly laid out in the MLA such as maintaining price stability and answer to the people should it fail to meet those targets.