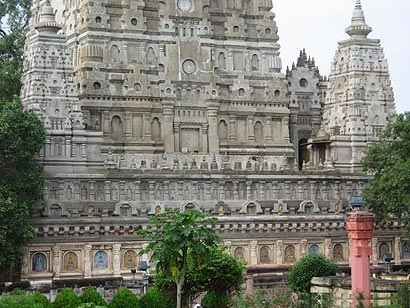 Sri Lankan High Commissioner in New Delhi, Mr. Prasad Kariyawasam left for Chennai this morning to seek the welfare of Buddhist monks who were injured in the attack on the Mahabodhi Temple in Chennai last night (24 Jan).

He will meet with the Chief Secretary and other key officials of Tamil Nadu to express concern of the Government of Sri Lanka over the incident and request security for all Sri Lankans on pilgrimage, visiting and transiting Chennai.

High Commissioner Kariyawasam stated that in the long years of its existence, the Mahabodhi Temple in Chennai has stood without any harm.

According to The Hindu, four Buddhist monks were injured when a gang ransacked the Mahabodhi Society Temple office, according to police sources.

About 10 persons, armed with clubs, barged into the Society office and damaged a showcase and furniture. The monks, all Sri Lankan nationals

who tried to intervene, were attacked. They were admitted to a private hospital where their condition was said to be stable, the Hindu said.