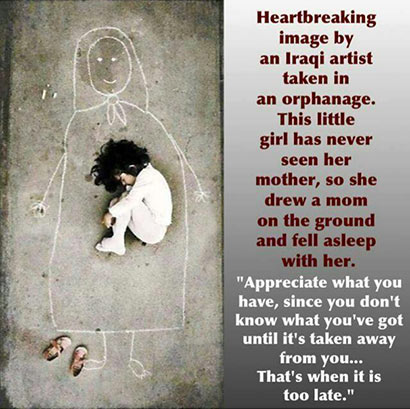 If ever a leader subjected the pride of the mighty British Raj to ridicule it has to be Tony Blair. Why would any leader just to get a pat on the back by the US, ignore British intelligence advice and to go war with Iraq? Do the citizens of America and Britain and NATO nations realize that they have blood on their hands for allowing their Government to invade a nation after fabricating lies and killing scores of people and leaving millions orphaned children? The WMD was a lie. The Nuclear weapons was a lie and the sanctions imposed was a crime against humanity. But when Sir John Chilcot asked Blair if he had any regrets and his “no” answer shows not an ounce of compassion. The inquiry appointed in 2009 is still to declare Blair guilty of misleading the British public and it is clear an obvious cover-up to protect the establishment is taking place. A case of British stiff upper lip rules!

Why would Tony Blair ignore MI6 findings that Saddam Hussein had NO nuclear weapons and NO WMD a year before UK went to war with Iraq? Does this not make both America and Britain fools or war criminals?

If Iraq did not have WMD why would the UN inspectors make so many trips to Iraq? For supposed WMD why did US and UK have to destroy civilians and their infrastructure? Tens or hundreds of thousands of Iraqi civilians have been killed and maimed in the conflict, ancient historical artifacts and the civilian infrastructure of a secular state has been destroyed and the lives, careers, and families of millions of Iraqis decimated – who will claim accountability and compensate them? The world must demand that Iraq be compensated for the decades of lies and destruction of an ancient civilization.

Is attacking and bombing civilians a game for Bush and Blair that they plan an entire war over an April 2002 barbeque in Texas? Decades after how many are still suffering? Does the suffering not include American, British troops too because they too became victims of the farce? Britain is not Blairs private property to promise he would use his office to send British troops to war for no reason!

Incidentally, Chilcot sat on the Butler inquiry and raises the question of conflict of interest. Margaret Aldred, an unelected civil servant is secretary of the Chilcot Inquiry appointed by the Cabinet Secretary (Sir Gun O’Donnell) who had not considered other candidates which questioned the transparency and openness of the appointment. Was it a surprise that Margaret Aldred, the Deputy Head of the Cabinet Office’s Foreign and Defense Policy Secretariat was appointed Secretary of the Chilcot Inquiry for a reason? Another conflict of interest because she regularly chaired the Iraq senior officials group and was part and parcel of planning for Gulf War 1. We are also not surprised that the Inquiry has not published a single document from the Cabinet Office where Aldreds predecessor in September 2002 asked that the Iraq dossier be removed. No wonder the Cabinet Secretary has denied permission to publish the correspondence between Bush and Blair though both freely referred to their correspondence in their biographies!  She also asked Carne Ross when giving evidence not to mention the name of Dr. David Kelly, the British weapons expert who died mysteriously in July 2003 and many who suspect he was murdered because no inquest was held.

That nothing came of the 4 inquiries held and the state of the Chilcot Inquiry looks to be going the same way. Cameron when in opposition claimed the inquiry was an “establishment stitch-up”, Cameron now as PM appears part of that “stitch up” – there are no lessons learnt for the UK or the US or NATO for that matter.

We need not be surprised in the least it is a Whitehall pattern. Do we recall the Gibson Inquiry into the allegations of British involvement in extraordinary rendition and torture supported by Cameron in opposition – well that’s now abandoned!

For misleading the British public, Tony Blair needs to be held accountable. No wonder, Blair looked tense and nervous facing the Chilcot panel. Yet, it was obvious the questions being asked was designed in such a way that Blair would only have to answer the last and the summary of Blair’s answer enabled Blair to simply say “correct” which would hardly constitute giving evidence – all that happened was 6 hours of farce but at least 2 members of the audience were bold enough to call Blair a “liar” and “murderer”.

Yet we know the truth:

· Cost the UK more than £9 billion

· BRITISH and American coalition forces used depleted uranium (DU) shells in the war against Iraq and deliberately flouted a United Nations resolution which classifies the munitions as illegal weapons of mass destruction. DU has been blamed for the effects of Gulf war syndrome — typified by chronic muscle and joint pain, fatigue and memory loss — among 200,000 US soldiers after the 1991 conflict. It is also cited as the most likely cause of the ‘increased number of birth deformities and cancer in Iraq’ following the first Gulf war. In 1991, the Allies fired 944,000 DU rounds or some 2700 tons of DU tipped bombs. A UK Atomic Energy Authority report said that some 500,000 people would die before the end of this century, due to radioactive debris left in the desert.

· Over 200,000 US troops who returned from the 1991 war are now invalid out with ailments officially attributed to service in Iraq. In contrast, the British government’s failure to fully assess the health of returning troops, or to monitor their health, means no one even knows how many have died or become gravely ill since their return.

· Gulf veterans’ associations say that, of 40,000 or so fighting fit men and women who saw active service, at least 572 have died prematurely since coming home and 5000 may be ill. An alarming number are thought to have taken their own lives, unable to bear the torment of the innumerable ailments which have combined to take away their career, their sexuality, their ability to have normal children, and even their ability to breathe or walk normally. Who is to pay for these crimes on humans and the entire planet by poisoning it with chemicals that will have adverse effects on the health of man as well as the entire eco system. These crimes must be punished – these people need to be locked up. All the nations of the world could now be affected because the winds would carry these deadly substances.

Iraq had nothing to do with 9/11 – but pro-Western media fed so much of lies that 2/3 Americans believed Saddam was responsible. The same media linked Saddam with Osama. After killing hundreds of thousands of people, destroying an ancient civilization and decades later officials say that documents that claimed Saddam had WMDs were forged! Even Colin Powell, then Secretary of State alleged that Saddam had the wherewithal to develop smallpox. According to Jack Straw, UN weapons inspector Hans Blix has said Iraq had 10,000 litres of anthrax. Did the US and Allies not use banned chemicals that has now led to so many children being born deformed and soldiers exposed to such are themselves suffering various physical traumas?

The war has killed at least 190,000 people, including men and women in uniform, contractors, and civilians and will cost the United States $2.2 trillion — a figure that far exceeds the initial 2002 estimates by the U.S. Office of Management and Budget of $50 to $60 billion. (Brown University’s Watson Institute for International Studies). It estimated the total combined costs of the wars in Afghanistan, Iraq, and Pakistan at $4 trillion and total direct war casualties at minimum of 330,000 men, women, and children.

More than 70 percent of those who died of direct war violence in Iraq have been civilians — an estimated 134,000 (figure excludes indirect deaths from vulnerability to disease, inadequate medical facilities and medical attention etc and likely to number double the fatalities quoted)

The Iraq War will ultimately cost U.S. taxpayers at least $2.2 trillion (included veteran’s care which will cost $500billion). Because the Iraq war appropriations were funded by borrowing, cumulative interest through 2053 could amount to more than $3.9 trillion.

Iraq’s health care infrastructure remains devastated from sanctions and war. More than half of Iraq’s medical doctors left the country during the 2000s, and tens of thousands of Iraqi patients are forced to seek health care outside the country

The $60 billion spent on reconstruction for Iraq has not gone to rebuilding infrastructure such as roads, health care, and water treatment systems, but primarily to the military and police. The Special Inspector General for Iraq Reconstruction has found massive fraud, waste, and abuse of reconstruction funds. And the  international community dares to laugh at Sri Lanka’s indigenous rehabilitation and reintegration program that has resettled all of the 295,000 Tamil civilians and rehabilitated former LTTE cadres and reintroduced them to society and given them education and a form of livelihood as well.

One of the worst lies that could be created was that of the “rescue” of private Jessica Lynch. For all those claiming media freedoms and what the Whites say is right this is about the best example that can be given for the lies that prevail across international mainstream media.

Media was used to show a female soldier being rescued from a hospital in Nasiriya by US troops. Her injuries were said to be as a result of firing back at Iraqi troops until her ammunition ran out and taken to hospital with bullet and stab wounds.

Surprise – surprise – her injuries were from a vehicle crash (making her incapable of firing any shot). The footage was just to fool the world and spread lies to the people! Can we trust what media relays? BBC documentary claims even 7/7 was an inside job to boost Iraq war support. There were plenty of lies shown on Libya, same too is happening in Syria.

What emerges from the Chilcot Inquiry is that the British political class is attempting to keep the lid on its lies from the British public and the world about the invasion of Iraq. There are no lessons learnt for the UK!

If Chilcot were to conclude that Tony Blair lied over Iraq – he would be a disgraced Brit, no different to Anthony Eden when it emerged he had lied to Parliament over the invasion of the Suez in 1956.

When compared to the plight the people of Iraq had to suffer just because Bush, Blair, Cheney et al used their office to wage war committing troops to an invasion based on lies that ended up killing scores of people and leaving a country devastated the price of their reputation falling to ruin is NOTHING. Such people should not be allowed to hold any portfolios whatsoever and if the EU is considering appointing Blair as President of the EU the people of Europe need to protest.