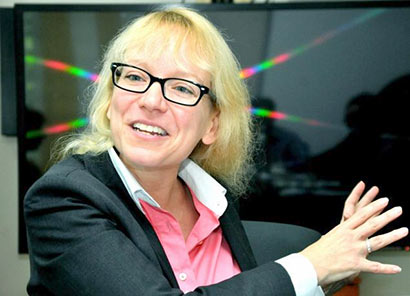 Dr. Saalman is an associate at the Nuclear Policy Program of the Carnegie Endowment and is based at the Carnegie-Tsinghua Center for Global Policy, Beijing. Her research focuses on Chinese arms control policies, and Sino-Indian and Sino-Russian strategic relations.

In an interaction with media persons here on Monday, she said some of the experts in China felt India was either on par with China or even surpassed it on naval power. Referring to strengthening of Indian Navy in recent years, she said the Chinese felt India might use its policy to control the Indian Ocean. “It is the first and foremost on their mind.”

Observing that the posts could be used as refuelling points by the Chinese, Dr. Saalman however added that not all engagement was negative as military could also be used to shore up economic interests in the region.

Dr. Saalman said China was also increasingly focusing on India and looking at where India was heading in the wake of the latter’s defence modernisation programme.

The Chinese viewed the India-U.S. partnership as a strategy to counter China in the region, she said, adding India could become part of the United States alliance consisting Japan and Taiwan. China was also looking with interest at the shift in export controls and the easing of restrictions on technology imports by India and was interested in engaging the U.S. in technology trade as they do not have anything comparable to India, Dr. Saalman said. (The Hindu)