Say NO to carbide in bananas which induces cancer 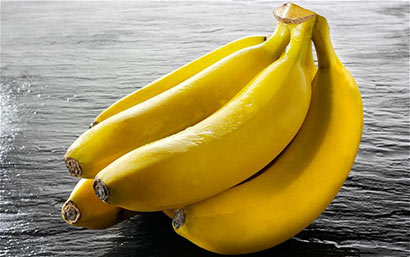 We all love to eat bananas and Sri Lanka is famous for a unique variety of them and their taste has stood above the most nations of the world. We eat a lot of bananas in Sri Lanka. However, profiteers have found inventive ways to use hazardous chemicals that artificially ripens fruit causing numerous health hazards. Should we be surprised that cancers are on the rise? Moreover, we why should we pay and get cancers and suffer other health hazards which end up a great source of income to Shylocks in both the food and health industry? Consumers now need to be more vigilant than ever.

Calcium carbide is now used in virtually all fruits to artificially ripen them. Calcium carbide has cancer-causing properties and neurological disorders. Calcium carbide has traces of arsenic and phosphorous. Pregnant women eating such bananas are likely to have children with abnormalities too. Many countries have banned the use of carbide – what is the status in Sri Lanka?

Sellers buy cheap immature bananas from damaged trees and then place them in a box together with some carbide blocks which induces them to ripen within 24 hours – some use sprays, or dip fruits in calcium carbide mixed with water.

IT IS THE MIDDLEMEN WHO ARE RESPONSIBLE FOR RIPENING AGRICULTURAL PRODUCE.

Calcium carbide generates a gas called acitilin which can generate heat and gas and that is why it is used in the welding industry – this is what goes into our bodies when we buy fruits which we think are nutritious and we often force our children and even invalids to eat them too, unknowingly making their conditions far worse.

Fruits ripen as a result of a natural hormone in the fruit which produces ethylene naturally.

Using calcium carbide makes the fruit produce acetylene gas which is flammable and explosive compared to ethylene. This is artificial ripening because a chemical reaction takes place – heat and acetylene gas are produced and ripening process is hastened. Fruits artificially ripened with calcium carbide are soft, have good peel/skin color but there is no flavour and they have a shorter shelf-life. Those which are forced to ripen with carbide are often lemon yellow and their stalks green. Moreover the fruit itself is a clear yellow without any black spots.
A naturally ripened banana in contrast has a dark yellow outer skin, there are small black spots around the bananas and the stalks are black, the flesh is not ripe inside and remains green and raw.  During the natural ripening the biochemical changes include chlorophyll degradation, biosynthesis or carotenoids (antioxidants, immune system booster, anti-cancer agent), anthcyanins (powerful antioxidant), essential oils plus the flavour and aroma. These healthy chemical changes are lost with artificial ripening.

Some tips on how to choose fruits

2. Wash the fruits thoroughly before consuming. Keep them under running water for a few minutes, so that the chemicals are washed away.

3. Do not buy fruits sold during their off season, as they are more likely to be artificially ripened.

4. While eating mangoes and papayas, always remove the peel before cutting fruits into pieces.

With the number of supermarkets offering value-added services it is upto consumers to demand that they personally vouch that the fruits they sell have not been artificially ripened using calcium carbide. Consumers must insist that supermarkets display signs that the fruits they sell should have a SIGN THAT CLEARLY READS – THE FRUITS WE SELL ARE NOT ARTIFICIALLY RIPENED – until such time consumers should stop buying fruits. The same must apply to vegetables as well. Why should consumers pay and get sick – even illnesses that have no cure!

The overall unity of the consumers must combine to make such consumer-friendly initiatives a success because in the end we are all concerned about being healthy and living healthy.

Home » Say NO to carbide in bananas which induces cancer