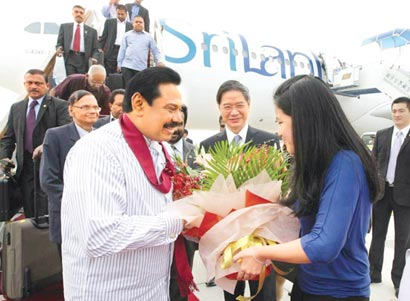 President Mahinda Rajapaksa who is on a four day official visit to China, arrived at the Beijing international airport yesterday morning to a warm welcome.

He will also attend the opening ceremony of the 2011 Universiade held in the city of Shenzhen.