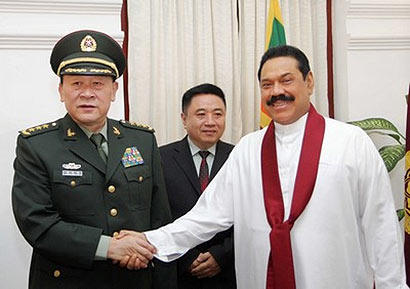 The visiting Defence Minister said that China is ready to provide every assistance to Sri Lanka and strengthen centuries old ties between the two countries.

On his arrival, the visiting Chinese General was warmly welcomed by the Minister of External Affairs Prof.G.L.Peirisa and was accorded a Guard of Honour by the Sri Lanka Army at the Defence Ministry Grounds in the company of Chief of Defence Staff Air Chief Marshal Roshan Gunathilake and Tri-service Commanders.

The visit of Chinese Defence Minister and his delegation symbolized the close and cordial relations between the two nations.