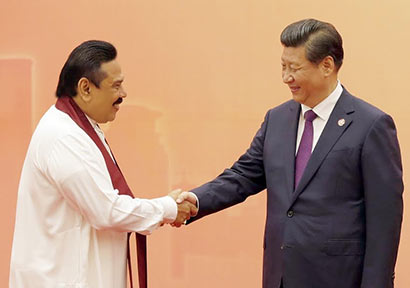 Chinese President Xi Jinping hosted the welcome banquet with his wife Peng Liyuan on Tuesday evening (May 20) for the leaders of Asian nations or representatives of international organizations and their guests attending the 4th summit of the Conference on Interaction and Confidence Building Measures in Asia (CICA). The banquet took place at the Shanghai International Conference Center.

Chinese President warmly received President Rajapaksa, along with other heads of state and heads of delegation currently in China for the conference as they arrived for the banquet. President Vladimir Putin of Russia, President Hamid Karzai of Afghanistan, President Nursultan Nazarbayev of Kazakhstan, President Almazbek Atambayev of Kyrgyzstan, President Susilo Bambang Yudhoyono of Indonesia, President Hassan Rouhani of Iran and the Secretary General of United Nations Ban Ki-moon are among the world leaders attending the welcome banquet.

The two days summit on building up self- confidence of Asia is scheduled to open in Shanghai tomorrow. It will continue until the 22nd of this month. 46 state leaders and heads or representatives of international organizations are scheduled to attend the summit.

President Xi Jinping will chair the summit and deliver a speech on China’s view of the security situation in Asia, and to put forward China’s position on strengthening security dialogue and cooperation among other Asian nations.

In these photos, Chinese President Xi Jinping is seen with First Lady Peng Liyuan welcoming President Mahinda Rajapaksa and other Asian leaders as they arrived for the welcome banquet last evening and heads of state and heads of delegation pose for the group photo at the Shanghai International Conference Center. 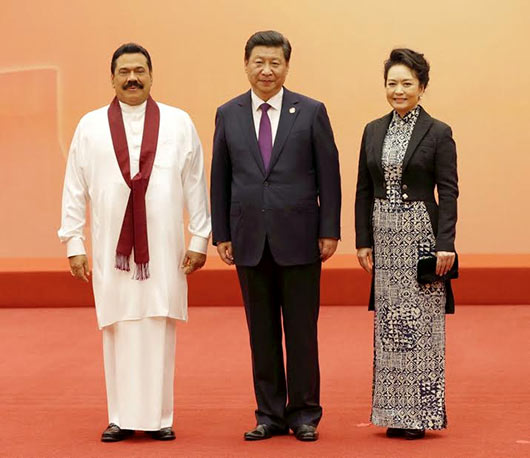 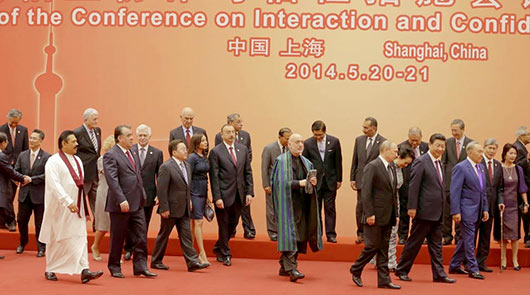