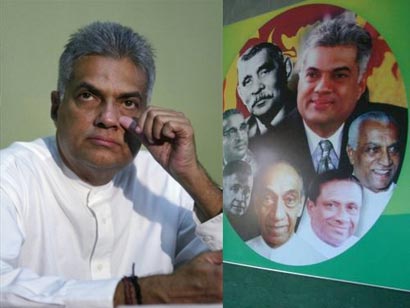 UNP and Opposition Leader Ranil Wickremesinghe yesterday informed his party men that his party would go it alone if the government held an election, either presidential or general, next year, parliamentary sources said.

Wickremesinghe made the announcement at a UNP group meeting in a committee room in the Parliamentary Complex yesterday.

The National Leader’s position is expected to be conveyed to other parties shortly, according to UNP sources.

No mention was made of the presidential candidate of the UNP. A decision would be taken later, the UNPers were told.

A senior UNP member said that no other MP had made any statement or expressed any opinion with regard to the announcement made by the UNP National Leader.

In addition, Chief Opposition Whip John Amaratunga said that all UNP MPs should remain in the Chamber of Parliament during the debate and vote on the No Confidence Motion against the government charging that Sri Lanka had become a narcotic centre.