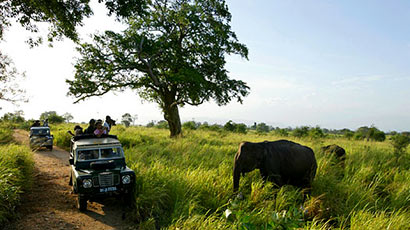 Sri Lanka’s overall tourist arrivals rose by 25.2 percent in July this year compared to the same period in 2013, SLTDA said.

In the first seven months of this year a total of 861,324 tourists arrived in the island recording a 24.7 percent increase from the 690,589 came during the corresponding period in 2013.

Most of the tourist arrivals were from West Europe with 278,667 tourists visiting in the first seven months of this year recording a 15.6 percent increase over corresponding 2013 figures.