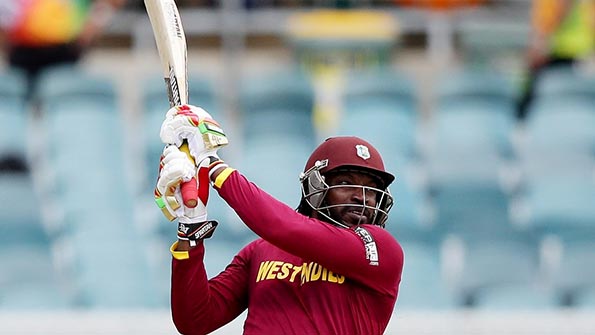 Chris Gayle smashed his way into the record books with a devastating knock of 202 off 138 balls vs Zimbabwe in a Pool B World Cup 2015 fixture on Tuesday. This is the fastest double century in One-Day Internationals, beating Virender Sehwag’s knock off 140 balls.

After a prolonged lean patch with the bat, Gayle recaptured his menacing form as he sent the Zimbabwean bowlers on a leather hunt. During the course of this knock, Gayle also brought up 9,000 ODI runs.

Gayle had recently come in for a lot of criticism for his inability to score big runs. Even the West Indies Cricket Board president Dave Cameron had created a furore by retweeting a fan who had criticised Gayle’s poor form on twitter. Ahead of this fixture, skipper Jason Holder had said that a big knock from Gayle was always round the corner and the big man repaid his young skipper’s faith in great style and authority.