Chris Nonis to the Advisory Council 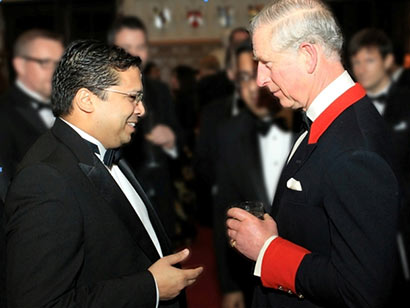 The British Asian Trust is one of Prince Charles’ charities, founded in 2007, and is dedicated to help disadvantaged communities and rural upliftment through education, health and livelihood initiatives that generate self-sufficiency. The Trust has already touched the lives of more than 800,000 people across South Asia. The Advisory Councils are intended to provide the British Asian Trust with further in-country insight and assist with their rigorous selection of future projects.

HRH Prince Charles, during his speech to an audience of over 200 at the Trust’s Anniversary dinner, whilst announcing the Advisory Board appointments, said that “I am hugely grateful to Mukesh Ambani who has offered his support in India, also to Arif Naqvi in the lead in Pakistan, His Excellency Dr. Chris Nonis in Sri Lanka and Tom Singh here in the UK. We are incredibly lucky to have such important and supportive people.”

Dr. Chris Nonis stated that he was honoured to have been entrusted with this role, and that his experience in Medicine, Pan-Commonwealth development issues and International Affairs, Business, and Charitable work, will assist him in helping to realise the aims of the Trust. (Courtesy: High Commission of SL in London)