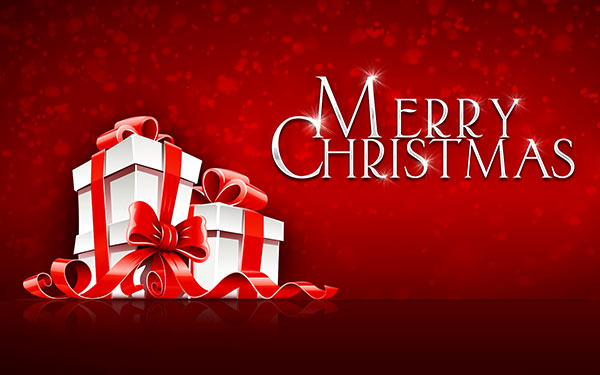 Colombo Archbishop Malcolm Cardinal Ranjith has called on Christians to spend this Christmas with a great spirit of solidarity with the poor, the marginalised and especially in deep spiritual solidarity with all those who suffered as a result of the Easter Sunday tragedy. 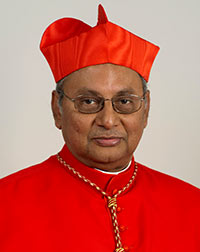 In his Christmas message for 2019, the Cardinal called on all to make this Christmas a moment of special prayer for true peace, harmony and progress for Sri Lanka.

The Cardinal said: It is Christmas once again. And Christmas speaks to us about the hope generating message of the definitive act of God’s love for humanity, His deigning to be born among us as a human being in order to save us. It is a singular act of love never surpassed in history.

The Almighty Eternal God intervened to personally save us assuming, in an act of deep humility, our weak and fragile human nature and became man. The Almighty becomes powerless, the Eternal becomes finite and the Divine becomes human: God with us, Emmanuel, that singular hope giving messenger and message.

On this prophecy Pope Francis comments: “We too, in this blessed night, have come to the house of God. We have passed through the darkness which envelops the earth, guided by the flame of faith which illuminates our steps, and are enlivened by the hope of finding the “great light”. [Homily, Christmas midnight Mass, 2014]. The Pope situates this message in the background of the reality of human selfishness and the darkness which it brings to our lives. Humanity is weak, fragile and lost and thus experiences a sense of loss and darkness – the darkness of sin and selfishness. This is the daily struggle we are called to live each day hanging between good and evil. States Pope Francis: “Let us think back to that dark moment when the first crime of humanity was committed, when the hand of Cain, blinded by envy, killed his brother Abel (cf. Gen 4:8). As a result, the unfolding of the centuries has been marked by violence, wars, hatred and oppression. But God, who placed a sense of expectation within man made in His image and likeness, was waiting……… He waited for so long……. He could not give up…. He continued to wait patiently in the face of the corruption of man” [Homily of Pope Francis at the Christmas midnight Mass of 24th December 2014]. But He could not wait forever. Out of His merciful love for us God finally intervened, breaking into human history, with the birth of His Son as a human being that Christmas night in Bethlehem. St. John announced it solemnly: “and the Word became flesh” [John 1:14] and again: “For God so loved the world that He gave His only Son, that whoever believes in Him should not perish but have eternal life. For God did not send His Son into the world to condemn the world but in order that the world might be saved through Him.” [John 3:16-17].

Thus Christmas is the celebration of joy which is a result of deep faith in God’s love and His infinite mercy and not of a cacophony of noise, gluttony, frivolous externals and waste. Unfortunately, by now it has become just such a hedonistic distraction for many. It is one thing to experience a truly uplifting spiritual joy at Christmas and another to make it a noisy brawl.

Especially this year, 2019, we have to be conscious as Catholics and Christians that several hundred families and individuals in Sri Lanka and elsewhere are suffering intensely as a result of what happened here in Sri Lanka last Easter. The loss of their loved ones, the unbridgeable vacuum created in their hearts by these losses, the pains and sufferings of the injured, some of whose life has been shattered beyond repair and the little children whose parents will never return to them; the pain they undergo and the sudden loss of direction in their lives still haunt many of our brothers and sisters.

Many of them do not know why they were targeted and who did this. Still the officials are to charge someone before the law for this terrible tragedy. The authors of this deed have not been identified. Thus the suffering of those victims has been compounded by the inability of the authorities to go looking for the authors of this horror, adding insult to injury. In this background, with so many of our brothers and sisters still suffering intensely, it is not proper for us to make the birth of the Divine Saviour, who designed to be born among the poor and the suffering in a humble manger, an event of noisy celebrations.

Instead this Christmas should be a moment for us to reflect about and bear in mind this painful situation afflicting many of our brothers and sisters, to pray for them and for our beloved motherland, to commit ourselves to work for peace, harmony and reconciliation among the various communities living in Sri Lanka; to harbour feelings of goodwill to all of them, to visit if possible the families of those affected and pray with them; to do everything possible to help them feel that they are not alone; to contribute to the effort the Archdiocese is making to help them in their various needs and to tone down on the external and refrain from organizing noisy gatherings, parties and waste. In short let us spend this Christmas with a great spirit of solidarity with the poor, the marginalised and especially in deep spiritual solidarity with all those who suffered as a result of the Easter Sunday tragedy. Let us also make this Christmas a moment of special prayer for true peace, harmony and progress for our beloved motherland: Sri Lanka. Let us make this Christmas

Spiritually joyful and a sign of love and care for those who suffered, always conscious that Jesus, the Son of the Most High deigned to be born in a lowly manger, among the poor and suffering.

May the Christ Child bring you true joy and happiness this Christmas and in the New Year. 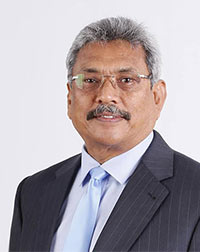 President Gotabaya Rajapaksa said called all to dedicate themselves with determination to create a better society where all human beings will be treated equally, the way Jesus Christ taught us.

The President in his message also said that at present there is an environment in the country where citizens can celebrate Christmas without fearful thoughts and suspicion.

The President said: The dawn of Christmas brings immense joy to all, awakening the hearts of devotees of the noble religion of Jesus Christ, which brought the message of peace and harmony to the world.

The real meaning of Christmas is to make our life meaningful. For that, we need to fill our hearts with love and compassion while completely eliminating sinful thoughts. We must uncover the path of spirituality shown by Jesus Christ to the whole world by getting rid of all wrongdoings. Christianity interprets it as the eternal life.

The sound of hymns tells us ‘peace be upon pious individuals’. Our aspiration and commitment is to usher in a society with virtuous humans. We strongly believe that the desire and the blessings of the God is also for the same objective. We should take steps to prevent reassurance of mournful experiences occurred at the sacred places of worship in the recent past. At present there is an environment in the country where citizens can celebrate Christmas without fearful thoughts and suspicion. It is the aspiration of all kind hearted persons which became a reality and it will provide relief for the hearts which were deeply saddened and shaken. Let us again dedicate ourselves with determination to create a better society where all the human beings will be treated equally, the way Jesus Christ taught us.

I wish all Christians in Sri Lanka and around the world a merry Christmas filled with joy and prosperity where Jesus’ teachings of forgiveness, humanity and love spread across the country. 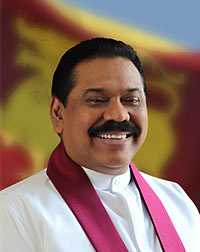 Prime Minister Mahinda Rajapaksa said the government of Sri Lanka is committed to the task of dispelling the darkness of religious terrorism and restoring security and peace to the motherland.

The Prime Minister in his Christmas message requested all Christians to exercise their freedom of worship, without allowing extremist forces to succeed in suppressing that freedom.

“I wish to convey my warmest felicitations to all Sri Lankans celebrating Christmas, the birth of the Lord Jesus Christ.

His Holiness Pope Francis described Christmas as ‘the feast of faith in the Son of God who became man in order to restore us to our filial dignity, lost through sin and disobedience’.

“For Christians around the world, this is a time to celebrate the life and teachings of Jesus Christ and his message of compassion, courage and empathy. Christmas has also traditionally been a time of good cheer and joyfulness with family gatherings, feasting the giving of presents and the midnight services in Church. Children especially, look upon Christmas as the time Santa Claus comes visiting. Christmas has always been a symbol of innocence and joy.

“However, Sri Lankan Christians celebrate Christmas this year in the sombre backdrop of the suicide bombings on Easter Sunday which left hundreds dead and hundreds more injured or maimed for life.

“Some of those injured in those dastardly attacks are still receiving treatment.The Christians of Sri Lanka became the deliberate targets of religious fanatics who do not believe in the religious freedom of others. This year, Christmas services in Church will be held amidst unprecedented security arrangements due to the situation arising out of the Easter Sunday attacks. This is symbolic of the sad plight that our motherland has been plunged into as a result of divisive and narrow minded politics based on ethnicity and religion.

“Though all Christians in Sri Lanka will be marking Christmas under a pall of gloom owing to the barbaric attacks on Easter Sunday, they should be mindful of the words of the Gospel according to St.John which says ‘The light shines in the darkness, and the darkness has not overcome it’. “The new government of Sri Lanka is committed to the task of dispelling the darkness of religious terrorism and restoring security and peace to our motherland. My request to all Christians in Sri Lanka is to exercise their freedom of worship, without allowing extremist forces to succeed in suppressing that freedom. I wish all Sri Lankan Christians a holy and peaceful Christmas”, the Prime Minister said in his message.