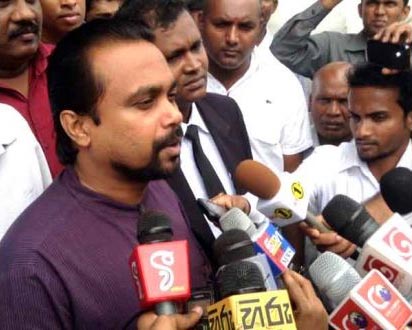 Former minister and Leader of National Freedom Front Wimal Weerawansa has been summoned by the Special Investigation Unit of Police Headquarters this morning to record a statement with regard to a complaint made in 2011 against him.

The source added the CID summoned Weerawansa in order to record a statement in connection with a complaint lodged by Kaduwela Mayor H.A. Buddhadasa in 2011.