CID to question Gota after last Friday’s grilling of Fonseka 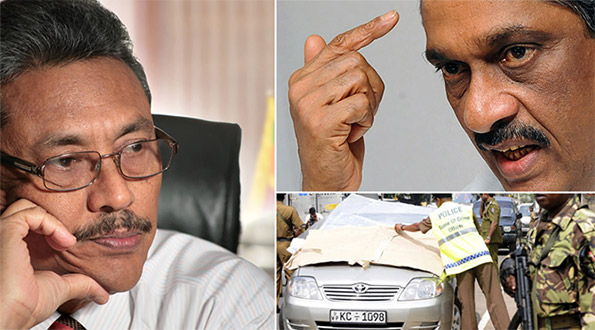 The former defence secretary would be questioned on the matters transpired during the interrogation of former Army Commander and Regional Development Minister Field Marshal Sarath Fonseka, who had been questioned by the CID last Friday for more than six hours, the sources said.

On the issues that surfaced from the information elicited from the field marshal, the former defence secretary Rajapaksa and several other top officials of their Joint Operational Headquarters are to be questioned.

A retired sergeant of the army intelligence unit committed suicide last year by hanging himself after writing a letter accepting the responsibility for the killing of Wickrematunga.

(Source: The Island – By Hemantha Randunu)