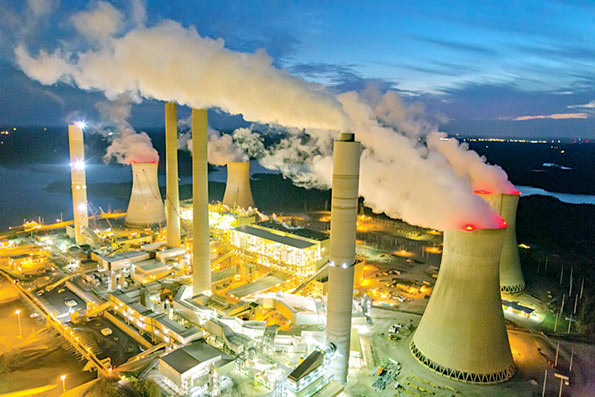 The Coalition Against Coal is thanking the government for deciding to cancel the proposed Coal Power plant that was to be set up in Sampur.

This is a landmark decision made in the interests of the people of Sri Lanka and its future generations who will owe you a debt of gratitude for protecting our citizens and saving the environment of our beautiful island.

That despite many pressures, you stayed true to the Paris Agreement to reduce our carbon footprint and not add to it. That by your wise decision, you have saved the unique marine ecosystem of the Trincomalee Bay area, preserving the pristine coral reefs and the largest breeding ground of blue whales in the world, not to mention the myriads of other marine species which will be preserved for our children and their grandchildren.

That the people of Sampur who suffered 30 years of conflict – whose lands were only recently restored and would have lost their lands once again to make room for the coal power plant, can now look forward with confidence to their lands being returned to them once again as the 500 acres ear marked for the coal power project will no longer be required. They are eternally grateful to you as they will now get to cultivate their lands and finally restart their lives. This is the reconciliation they sought.

That together we have saved our ancient cultural treasures that have stood the test of time for thousands of years will not be subject to the acid rain and toxins that would have destroyed them had the Sampur coal power plant gone ahead. That the people already suffering with CKD in the North Central Province areas will not have the added toxins from the fall out of sulphur dioxide, lead and other heavy metals making them even more sick and instead will be saved from this double calamity.

For all those people who still insist that coal power is a cheaper option, creating a fear that there is a looming power crisis as a result of the cancellation of the Sampur Coal Power plant, we say this:

Today coal is no longer cheap, the human cost and environmental damage is hugely underestimated. The world is moving away from dirty fossil fuels like coal and moving on to clean renewable energy sources, many options of which Sri Lanka is blessed with such as solar and wind power, which we have an unlimited supply as well as sustainably grown biomass with the many attendant spin off benefits. Your recent announcement of the “Surya Bala Sangramaya” and the plan to grow one billion Gliricidia trees will provide the necessary impetus for the speedy development of these renewable resources of energy.

With the many advancements that have been made globally in the recent past for renewable energy sources, we are confident that with the right expertise Sri Lanka can find immediate and longer term sustainable solutions at a cheaper price that will not harm the people of Sri Lanka and our environment. That we had the freedom to speak out and have open debates on this subject and above all that our voices were heard with due consideration given, demonstrates a new future for civil society and the people of Sri Lanka.

The Coalition Against Coal will continue to watch over our country’s environment and work towards ensuring a sustainable future for our children, grandchildren and great grandchildren. What comforts us most is that we know you share the same dream as us to keep Sri Lanka protected and sustainable for the long term.

Finally, may we caution you against the misinformation and many opinions expressed by the pro coal lobby who are now resorting to fear mongering and attempting to pressure your esteemed office to go for ‘clean coal’ which we all know is still highly polluting and toxic. As with any form of fossil fuel, the current level of technology available can only contribute to marginally reduce the harmful toxins but can never be completely eliminated. The cost of such technology is also much higher, making the argument for cheap energy redundant and can no longer be justified.

We earnestly request you and the government to pursue expeditiously the current programs of the government to harness the bounty of nature via solar and wind power, now at historically low costs, while implementing best practices to manage demand and transmission losses to avoid all possible power shortage outcomes in the future.

3 Responses to Coalition Against Coal hails move to cancel Sampur