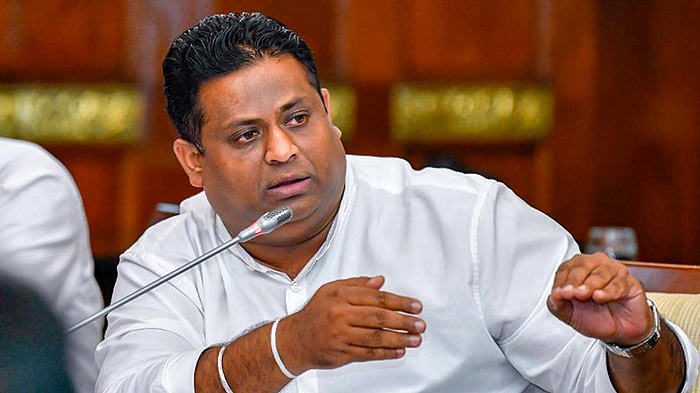 State Minister of Coconut Arundika Fernando says the All Ceylon Traditional Coconut Oil Producers Association recently revealed to the country of the stock of coconut oil containing carcinogens with the assistance of the government.

The State Minister speaking at a media briefing yesterday said the importation of harmful coconut oil was revealed to the country after several years when the present government came in to power.

The State Minister said stern action must be taken against the companies responsible for bringing down the stock, terming it a mafia.

He noted that traditional coconut oil manufacturers are supportive of the government, and have requested that they be allowed to manufacture coconut oil.

State Minister Fernando claimed that while the issue has been identified, the government will now work towards resolving it.

He said coconut oil manufacturing must be increased locally, and called for crude oil imports to be halted stating that unrefined oil leads to harmful substances.

Fernando said Ministers Wimal Weerawansa and Ramesh Pathirana and himself proposed the importation of copra chips through BCC Lanka.

He noted that even though the Coconut Development Authority is established the relevant Act does not grant provisions for the government to take action.

The State Minister said regulatory powers are vested with the Sri Lanka Customs and the Immigration and Emigration Department.

He noted that investigations are being carried out at present.