Commonwealth Secretary-General Calls on President Rajapaksa Ahead of CHOGM 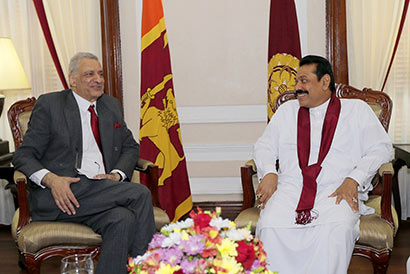 “We are here to make your CHOGM a great success,” Mr. Sharma told President Rajapaksa.

The delegations from the Commonwealth Secretariat and Sri Lanka that joined the Secretary-General and the President for the meeting discussed the final arrangements for the Commonwealth Heads of Government Meeting (CHOGM) 2013 taking place in Colombo this week.