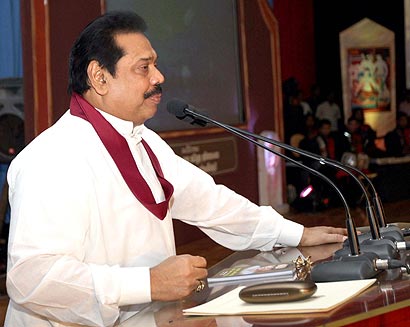 The composer of the Sri Lankan National Anthem, artiste and late musician Ananda Samarakoon’s 100th birth anniversary was commemorated at Temple Trees on 13 January. President Mahinda Rajapaksa graced the occasion as the Chief Guest and said that the best honour can be awarded to the creator of the National anthem is to build up the future generation loyal to the motherland.

Addressing the Ananda Samarakoon’s birth centenary celebrations T.B.Ekanayake, Minister of Cultural Affairs said that the government is fully committed to enhance the cultural and artistic affairs in Sri Lanka. Professor Sunil Ariyaratne delivered the key note speech of the anniversary.

Samarakoon was born Egodahage George Wilfred Alwis Samarakoon to a Christian family in Padukka, Sri Lanka on January 13, 1911. Later he changed his name to Ananda Samarakoon and embraced Buddhism. He had his primary and secondary education at Christian College, Kotte, presently known as Sri Jayawardenapura Maha Vidyalaya, Kotte. He studied at Shanthi Niketan in India. He was very much influenced by Rabindranath Tagore while in India and his fascination and the desire to imitate the great Indian musician would go on to take him in the direction of creating a musical tradition for the Sri Lankan people. Mr. Samarakoon died on 05 April 1962 at the age of 51.

Ananda Samarakoon was very patriotic and a versatile musician/ composer. He is memorable forever in the Sri Lanka’s history and his literary and music creations are of eternal value. He is also considered as the father of artistic Sinhala music and founder of the modern Sri Lankan Geeta Sahitya (Song Literature).

A large number of artistes, distinguished guests and school children participated in the ceremony at Temple Trees. The President is seen here interacting with school children. Secretary to the Cultural Affairs Ministry Wimal Rupasinghe, Professor Carlo Fonseka were also among the invitees at the occasion. 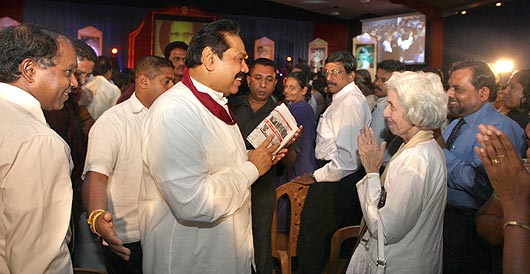 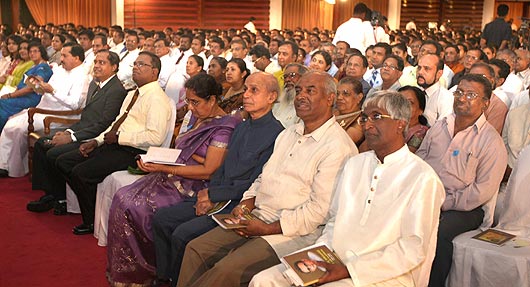 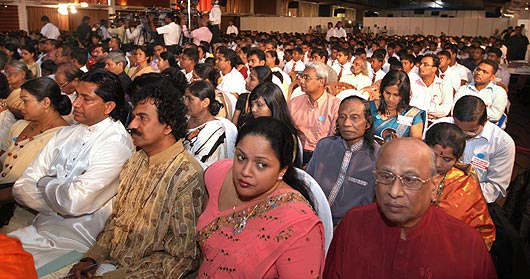