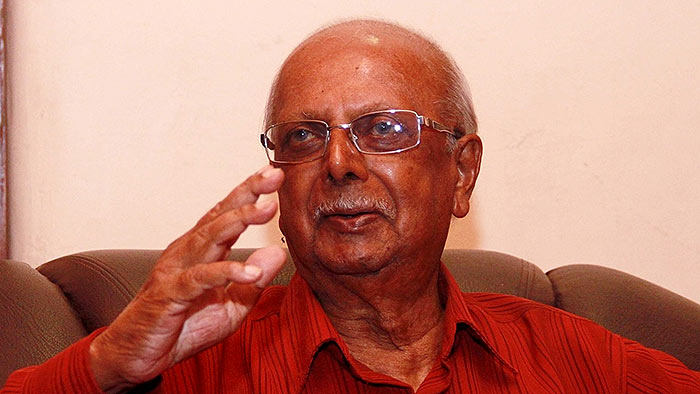 It is clear that the coronavirus pandemic in Sri Lanka has gone beyond the patient and group of contacts (“Cluster”) stage, and is now widespread around the country and is in the stage of “Community” spread. Thus, everyone must assume that anyone can be a source of infection, and must learn to protect oneself.

While proper contact tracing and isolation, which was adequate at the early stage must continue, a community-based approach is also necessary. There are as yet many areas, specially rural, that are free of the virus, but it will not be long before they too can have cases. The more crowded areas, like towns, will have many more cases. The government must take a policy decision to ensure that people avoid forming crowds.

For example clinic patients in government hospitals form crowds to obtain their medicines. Using the personnel of the Health Department, it should be possible to supply the necessary medicine as indicated in their clinic records to the patients on the due date once a month. Similarly by using digital technology collection of crowds in offices and schools must be avoided. The COVID-19 risk could be minimized if most public and social activities are conducted digitally so that personal contact is avoided. Thereby the efficiency of the public and private services as a whole can be done more speedily and efficiently.

The emergence of a new strain of the virus causing COVID-19 in the UK, which is more transmissible (that is spreads faster) has led to a substantial increase in the occurrence of cases in the UK. Naturally, there has been an increase in deaths. But, as the case fatality rate does appear to have gone up, it would appear that the severity has not increased. But in a virus that is prone to undergo mutations, this too can occur. This is why sensible countries even in Europe have stopped all flights to and back from the UK. I am glad that Sri Lanka too has done so, but it must ensure that UK residents do not come here indirectly.

Frequent sequencing of Covid viruses isolated in Sri Lanka must be done so as to detect the entry of the UK strain of the virus or any other varieties as early as possible so that effective preventive action can be taken immediately. It is regrettable that by not performing sequences since the beginning of December, we are still unable to determine whether the UK strain has entered our country. During an epidemic, such lapses should not be allowed to occur.

It is becoming evident that the world, including Sri Lanka, will have to learn to live with the virus for a long period. How long depends on the correctness of national policy decisions and the strict inculcation of health rules. Their implementation as a habit by the entire population must be achieved by an intensive health education program. If everyone in society properly understands the nature of the virus and its mode of spread and ensures that he or she does not get infected, then the virus will automatically die out.

This is because the COVID-19 virus cannot multiply on its own but can do so only in live cells of the human respiratory tract, according to current knowledge. The pandemic will then automatically come to an end in Sri Lanka at minimal cost.

The health education program focuses on ensuring that everyone follows the three health rules (wearing a mask when outside one’s house, observing the distance rule of at least one meter, better two, and washing hands with soap and water frequently, specially after touching any object that anyone else has touched). These three rules must be practiced as a habit by everyone. This message must reach every house, both urban and rural.

Trade unions must educate their members and insist that management gives the necessary support. The teachers must drill it into the mind of every student. I have published a leaflet in all three languages with illustrations so that even a child can understand. I have published over 100,000 leaflets and distributed them to the best of my ability with the help of my party, the LSSP.

The Health Department could print and distribute that leaflet as it is, or suitably modified. The mass media and social media should be fully utilized for this program.

As this must become a national campaign to eliminate the COVID-19 virus, everyone must be drawn into it. A Committee of Party Leaders must be established, possibly in Parliament, which will make all political parties and their supporters participants in the campaign. We must stop criticizing each other but must come together as one nation fighting a common enemy.

Cooperation should extend down to every village and urban slum. Anti-Covid Committees should be set up at village and workplace levels and the people should help each other e.g. provide food for those who need it. The rest of the village can help those who are quarantined. They can ensure that the maximum support is obtained from the state agencies and services and supplies are distributed to the needy. The PHIs, the PHNs, the midwives and other health staff should play a leading role in health education as they are used to delivering health messages to the people and the people have confidence in them and will listen and absorb what they say. A cooperative spirit must be promoted at all levels.

But, thereafter, wise policies must be carried out. If in addition to Sri Lankan citizens living abroad being allowed to return, tourists are also being encouraged to come as an important source of foreign exchange, then the exclusion of all infected persons must be ensured. If anyone escapes the preventive net, then the cluster control techniques must be strictly enforced. In particular, the entry of the more transmissible strains from abroad must be prevented. This is on the presumption that no animal host exists or appears, but to detect this if it exists, an animal surveillance program must be carried out worldwide, Sri Lanka included, continuously.

But the ultimate solution is the development of an effective and safe vaccine and ensuring that every person is properly immunized. At least 80% of the population needs to be immunized if the chain of transmission is to be interrupted. The fact that this is a new virus to the world, and as there is no herd immunity, more frequent administration of vaccine may be necessary.

The various vaccines that have been developed very rapidly (in less than one year when the usual minimum is about seven years – reflect the advances in new technology) have not had the time to be fully tested. But, it is with time that the duration of the protection given by these vaccines after two shots can be properly determined.

Therefore, it may be necessary to give many more shots and even as frequently as every year if the immunity developed is not sustained. The two mRNA vaccines developed in the USA, besides the excessive cost, are questionable on scientific grounds as mRNA vaccines have never been developed and used before and they may have side effects that could be serious. If we are getting vaccines from the WHO, the best option would be to obtain the Oxford / Zeneca vaccine which uses an Adenovirus as a vector, and there is no danger of untoured consequences. As this is being produced in India by the reputed Indian Serum Institute, it would be safer to get it from them as the price too will be very much lower. This would enable the Government to purchase the added requirement for at least 60% of the population, who do not get the vaccine supplied by WHO.

Finally, I must say something on the controversial question of the non-burial of COVID-19 victims. In my view, as a scientist, I would tend to permit burials as the risk of transmission through water is extremely remote and has as yet not been reported to have occurred. With the death of the COVID patient, the replication of the virus in the dead body ceases. Whatever virus may have been produced earlier would have died in a matter of hours, but certainly within a day. It would appear from the decision been taken by the Minister of Health, she wishes to make absolutely certain that there is no danger to society, even though there is no scientific evidence as yet to confirm that there is a risk to society.