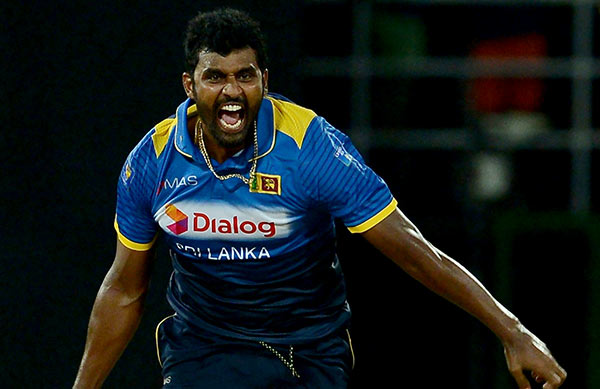 Sri Lanka on Thursday ousted Thisara Perera as one-day captain and said it would announce a replacement next week.

Perera took on the job in late November, succeeding Upul Tharanga, who was sacked after a series of losses.

Sri Lanka Cricket said it would name a successor after consulting new coach Chandika Hathurusingha, who has pledged to get tough with the under-performing national team.

“During the discussion, the chairman of selectors informed me that they are considering appointing either Angelo Mathews or Dinesh Chandimal to fill the role,” the SLC quoted its President Thilanga Sumathipala as saying.

Sri Lanka, who tour Bangladesh later this month, are under pressure after a series of defeats, most recently to India.