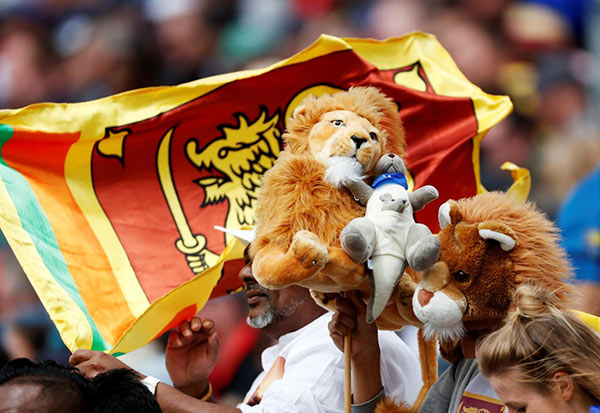 Sri Lanka have been warned against a repeat of their no-show in the customary post-match news conference following their World Cup loss to Australia, Sri Lanka Cricket (SLC) said on Monday.

The 1996 champions did not send a representative after their defeat on Saturday in a breach of protocol, an official of the governing International Cricket Council told Reuters.

The governing body lodged a complaint with SLC, which has instructed the team to comply with their media obligations.

“Sri Lanka Cricket wishes to announce that, contrary to various media reports, there won’t be any sanctions imposed on the Sri Lanka team by the ICC…” SLC said in a statement.

“Sri Lanka Cricket discussed Saturday’s incident with the ICC and assured that a similar situation will not occur going forward in the tournament.

“The SLC also advised the team management to comply with the obligations…” it added.

Sri Lanka, who have won one of their five matches and are fifth in the standings, last week complained to organisers about having to play on bowler-friendly pitches and were also unhappy with the quality of their accommodation.

Sri Lanka’s next match is against hosts England at Headingley on Friday.