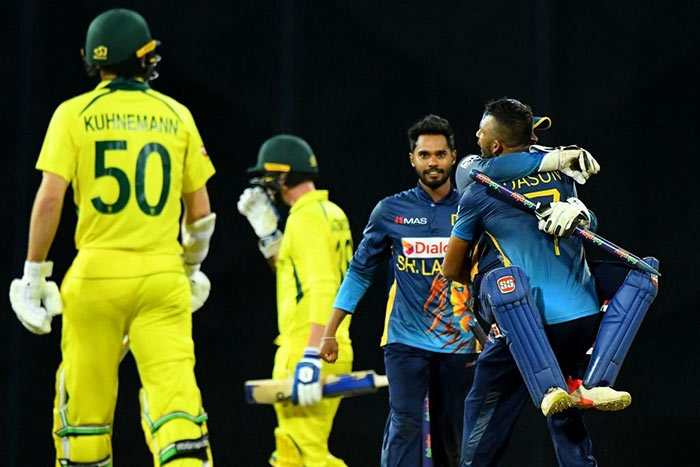 Sri Lanka edged Australia by four runs in the fourth ODI to seal an unassailable 3-1 lead in the five-match series in Colombo today (June 21).

Sri Lanka’s triumph marked its first ODI series win over Australia since 2010, when it beat the Aussies 2-1 Down Under.

Batting first, the Dasun Shanaka-led side rode on Charith Asalanka’s maiden ODI century (110) to post 258 on the board. In reply, Australia lost skipper Aaron Finch for a duck before fellow opener David Warner led the chase with a half-century.

However, Warner was stumped on 99 off Dhananjaya de Silva’s bowling in a decisive moment in the chase. With minimal contributions coming from the middle-order, Australia was eventually restricted to 254 after Pat Cummins (35) was trapped lbw in the penultimate over. 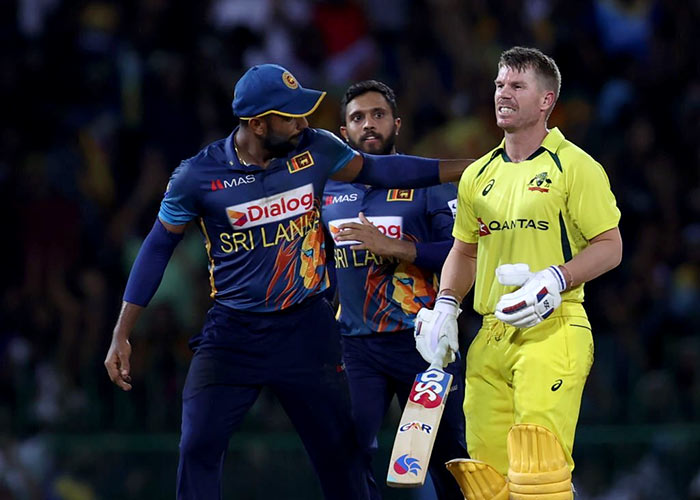 David Warner of Australia leaves the ground after being stumped for 99 runs during the 4th match in the ODI series between Sri Lanka and Australia on June 21, 2022 in Colombo, Sri Lanka. (Photo by Buddhika Weerasinghe / Getty Images)