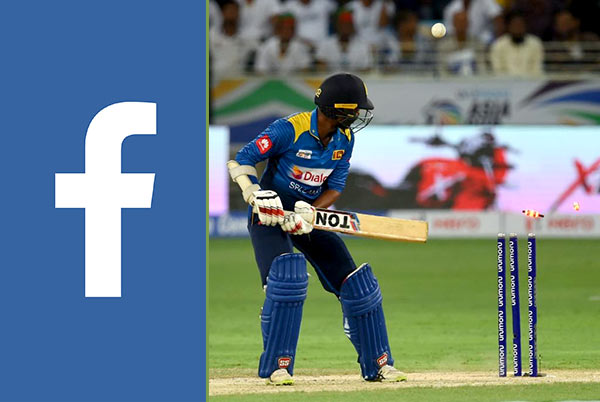 Sports Minister Faizer Mustapha said yesterday that the national cricket team was badly hurt due to some insulting facebook posts targeting them after the team’s defeat against Bangladesh and Afghanistan in the Asian Cup tournament and appealed cricket fans not to bring down the mentality of the players.

He told this in parliament during the adjournment debate moved by the joint opposition MP Kanchana Wijesekara stating that the recent defeat was due to the issues in the cricket administration.

Minister Mustapha said moving such a debate following just two defeats was an insult to the players.

“ Sports is not politics. We must be able to accept both victory and defeat. Our players have been successful in the recent tournaments against the West Indies and South Africa. It is not fair to insult them on facebook just because they were defeated in two matches. If we think about our cricket, we need to think about the mentality of our players,’ he said.

He said it was not fair to claim that the cricket administration in Sri Lanka had collapsed on the basis that Bangladesh and Afghanistan won two matches against us.

He said politicians should safeguard the players and added that it was their national responsibility.

“We will engage in politics on platforms and in parliament. But don’t bring cricket into parliament. This adjournment debate is an insult to our players,” he said.

The minister said the team had made progress under the new coach Chandiuka Hathurusinghe in all three formats.