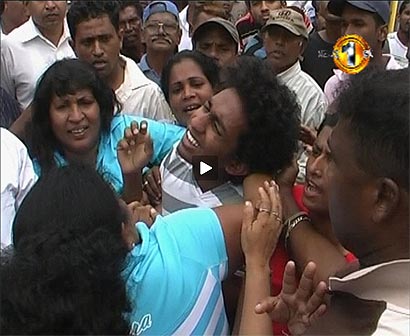 October 28, 2010: A protest was held against the Inter University Students’ Federation opposite the Kelaniya University yesterday monrnig.

The protest had been organised by a crowd calling themselves the residents of Kelaniya.

According to Newsfirst correspondent, the protestors engaged in their protest along the Colombo-Kandy Road grabbed hold of a university student and held him in custody. They attempted to assault him and later let him go near the university premises.

4 Responses to CROWDS PROTEST IN KELANIYA AGAINST STUDENT UNION