Cultivate crops in gardens for personal use – Agri officials 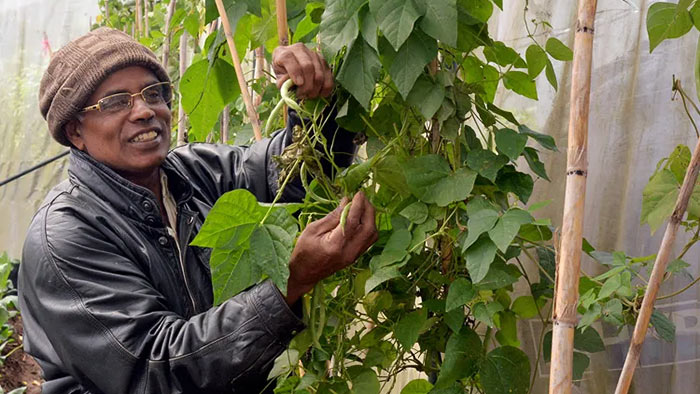 The Department of Agriculture has requested the public to cultivate crops in gardens for personal use.

Director-General of Agriculture Dr. Ajantha de Silva said the measure will be a contributing factor amidst an economic crisis.

Speaking during the ‘රටම වවමු එක්ව දිනමු’ programme in Kandy, Dr. Ajantha de Silva said it is the duty and responsibility of Agriculture officials to lead by example adding as such they have implemented a programme to increase the production of seeds, fertilisers and other ingredients used for farming and commence cultivation at residences and other locations of Agriculture officials.

He said it is common knowledge that there are shortcomings in local food production adding it is becoming more difficult to import certain items due to the prevailing crisis.

The Agriculture Director-General said there were no issues or shortages pertaining to the production or stocks of seeds of kidney beans, mung beans, undu, and thala and low-country vegetables including pumpkin, snake gourd, okra, and long beans.

He said however there are shortages of seeds of carrot, beetroot, and salad leaves since seeds are not being produced in the country.

Dr. Ajantha de Silva said they have called for the prompt importation of such seeds.

Home » Cultivate crops in gardens for personal use – Agri officials