Current govt. has an election-phobia – Dullas 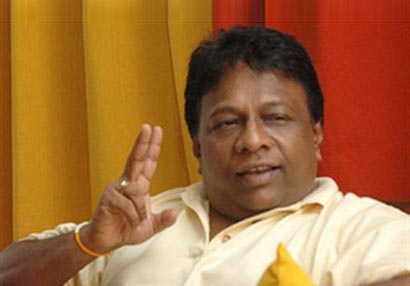 The current government has a fear of elections, says UPFA MP Dullas Alahapperuma.

He stated this addressing the media, following a discussion held at the head office of People’s Action for Free and Fair Elections (PAFFREL), yesterday (18).

The government had passed the Elections Amendment Act as a technical measure to postpone elections, the MP pointed out.

According to him, the main strategy of the government is to evade holding elections.

A discussion was held yesterday, between a group of MPs from the Joint Opposition and the representatives of the PAFFREL Organization.

The PC Elections Amendment Act had drawn the attention of this discussion.

1 Response to Current govt. has an election-phobia – Dullas