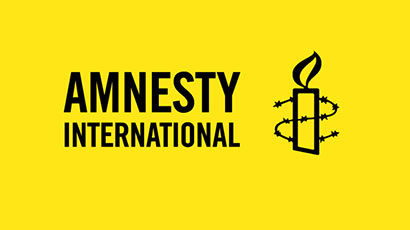 Globally over 50,000 NGOs (international and local) enjoy $10billion fund allocations. Who funds them and what they do with the funds raises more questions than answers. For too long we have mistakenly fallen prey to organizations that have pretended to be the spokesmen for world human rights. In reality they function as mercenaries disguised as human rights champions. World policies are dictated by corporate-financiers and their interests which take place through powerful Western Governments and a new breed of mercenaries like Amnesty International. 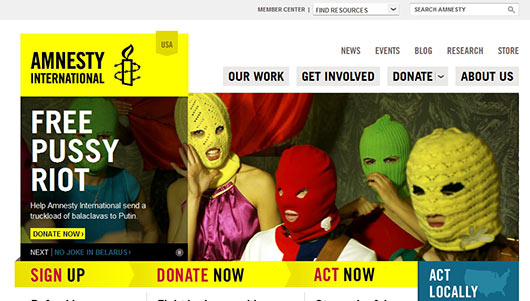 When Amnesty International gets students to carry placards with “Russia, stop arms transfer to Syria” does that now show political bias? There were no placards asking US/UK or NATO to stop arming and training rebels. 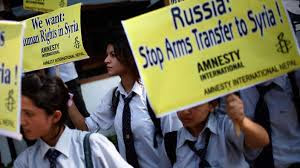 When Amnesty places on bus stops in Chicago hoarding that reads “NATO, Keep the progress going” does it not convey a hidden meaning? 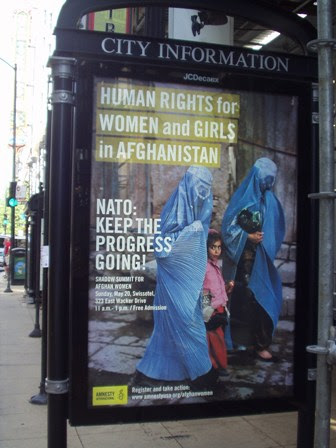 The examples are many and it simply showcases the fact that foreign governments have leveraged their espionage activities and outsourced it to a new group of people who can take cover under the globally protected maxim of ‘human rights’. Just mention the name and from UN Secretary General down there are protective mechanisms to enable them to be used to drag targeted nations to the gallows.

The mischief these organizations have got up in Third World nations are no small number backed by the Western media and their local stooges that act as the 5th column happy to take hefty remunerations to sell one’s own country and compromise the integrity of the nation simply to serve the needs of white imperial rule. They are nothing but mercenaries who have sold their souls just to live a good life while thousands and millions suffer and the world is torn up in strife – is this why none of the world conflicts can ever see an end?

These are the very organizations now being used to through their local surrogates penetrate society, fool the masses, manipulate them and bring them to the streets to create ‘democracy’ that would lay the foundations for the West and their corporates to descend and plunder nations in what is a remaking of colonial rule under a new nomenclature.