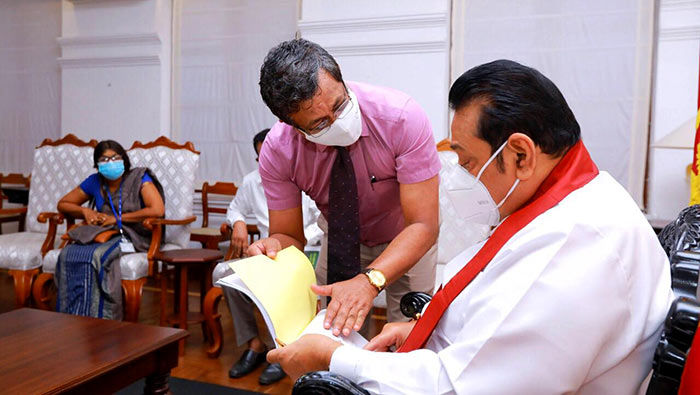 Prime Minister Mahinda Rajapaksa yesterday received the interim-report of the committee appointed to probe the demolition of a building with a greater archaeological value in Kurunegala.

Informed officials told The Island that the report consisted of five salient proposals. The report strongly calls for the immediate conservation of the site.

It has recommended that the building with archaeological value be taken over by the Department of Archaeology.

The committee has also asked the Road Development Authority to amend its proposed expansion plan near the site. It has also called for legal action to be instituted against all those responsible for the demolition of the building.

The cost of the conservation of the site should be charged from the individuals and institutions responsible for the damage, the committe has said

Premier Rajapaksa, last Friday, appointed a committee to investigate the partial demolition of a building with an archaeological value in Kurunegala.

The building was torn down on July 14.