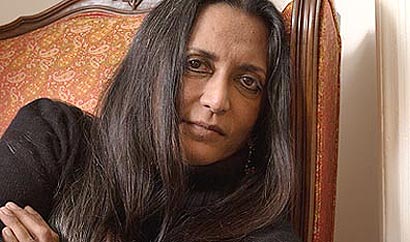 The film is being shot in Sri Lanka because Mehta has sworn off India following her nightmare experience shooting Water at Varanasi locations. Water was subsequently shot in Sri Lanka. But Midnight’s Children could yet run into problems because in the late 1990s the BBC was planning to film a five-part mini-series of the novel with Rahul Bose in the lead, but due to pressure from the Muslim community in Sri Lanka, the filming permit was revoked and the project was cancelled.

Mehta and Rushdie have been working together on the screenplay for the past two years. International sales agents FilmNation are handling the film and have already concluded distribution deals with E1 in the UK and UGC in France.

Midnight’s Children won both the 1981 Booker Prize and the James Tait Black Memorial Prize. It was awarded the “Booker of Bookers” Prize and the best all-time prize winners in 1993 and 2008 to celebrate the Booker Prize 25th and 40th anniversary. Midnight’s Children is also the only Indian novel on Time’s list of the 100 best English-language novels since it’s founding in 1923. – (Indian Express)