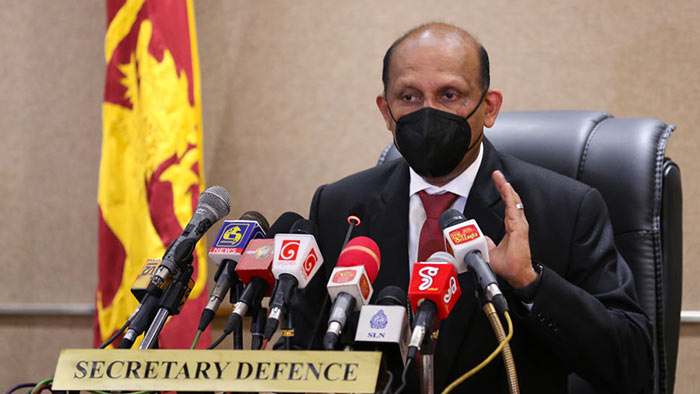 The Defence Secretary issued a statement illustrating the composition and the significance of the NSC stressed that there are no instances of unauthorized persons attending the NSC meetings.

Special Statement made by Secretary of Defence on 11th April 2022

The Defence Secretary illustrating the composition and the significance of the NSC stressed that there are no instances of unauthorized persons attending the NSC meetings.

The meeting is hosted by the Presidential Secretariat as it is the principal organ for the President to make decisions on all National Security aspects of the country. After H.E Gotabaya Rajapaksa assumed office as the President, no any unauthorised persons were invited/allowed to attend the NSC meetings.

If there are matters which have an impact on National Security, then the heads of those respective institutions will be called and the matter will be dealt with prior to the NSC agenda.

Therefore, this information is incorrect, unfounded and misleading. The Ministry advises the media and the public to refrain from believing such misinformation on national security matters. The Ministry of Defence will regularly issue updates on matters of national importance being the Ministry to oversee the defence related issues in the country.