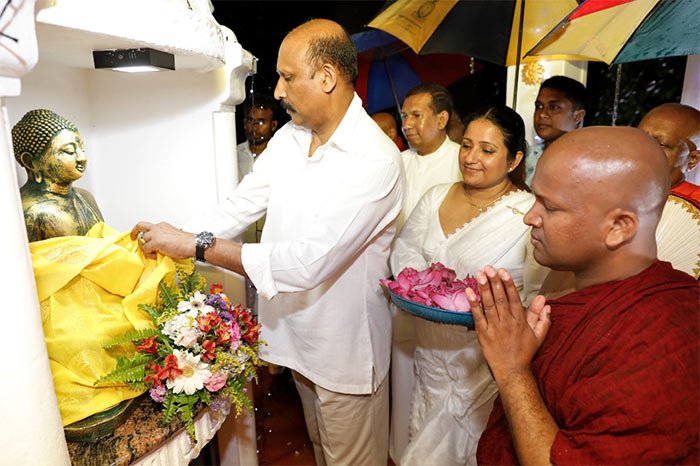 Gen. Gunaratne unveiled the precious ‘Crest Gem’ placed on the pinnacle of the new Stupa, at the auspicious time, amidst religious blessings of Venerable Maha Sanga.

The day’s Chief Guest, Defence Secretary graced the event at the invitation of Chief Incumbent Ven. Medille Pangnaloka thero and the precious ‘Crest Gem’ that adorns the Chaitya have been offered by him in memory of valiant war heroes and to invoke religious blessings on their souls.

The entire pinnacle unveiling ceremony was conducted amidst religious proceedings and time held Sri Lankan traditions under the guidance of the Chief Incumbent of the place of worship.

The Sri Lanka Navy have extended enamours support for the noble cause while providing their technical expertise and manpower.

Hirunya Dharmapala and Sanjaya Ranaweera, two expatriates living in Australia, have provided the financial backing for the noble project.

A memento was presented to the Chief Guest, Gen. Gunaratne by the sponsors during the religious event to symbolise the occasion.

Members of the Maha Sangha, sponsors of the project and a large number of devotees were also present to witness the traditional unveiling ceremony of the Crest Gem. 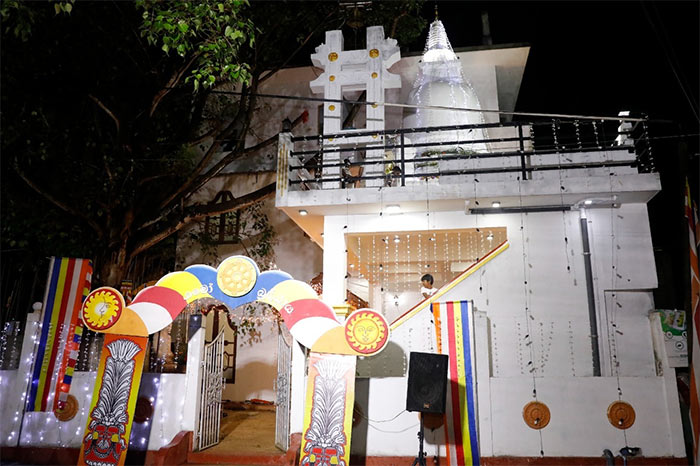 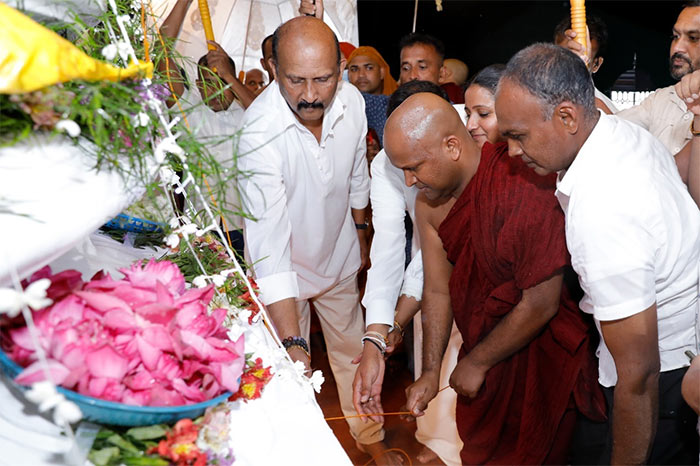