Delegation of Permanent Members to the UN calls-on President Rajapaksa 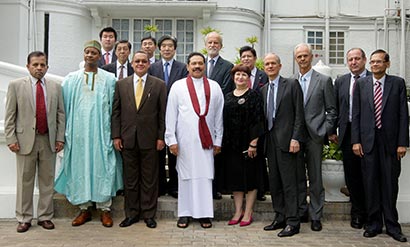 A delegation of permanent representatives to the United Nations (UN), including ambassadors from Japan, Bangladesh, Nigeria and Romania, called on President Mahinda Rajapaksa at Temple Trees on Friday 07 December. The UN delegation visited Sri Lanka for a fact finding mission and held discussions with the President and other government officials.

During these talks, many issues related to Sri Lanka were discussed and the UN delegation appraised about the progress achieved by the Sri Lankan Government in resettling IDPs, demining, rehabilitation process of former carders, reconstruction and rebuilding endeavours in the Northern and Eastern provinces. President Rajapaksa also elaborated on the massive development thrust in the country. The President was appreciated for his leadership skills in bringing peaceful environment and speedy development in the country.

The visit was jointly organized by the Government of Japan, Sri Lanka’s Permanent Mission to the UN and Columbia University in the City of New York. 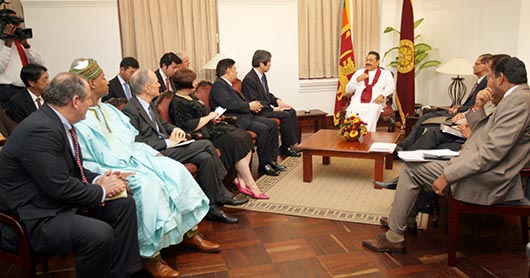